Ben asked Jenna to marry him during a trip to the family cabin in Winter Park, CO. It was only fitting to have their engagement portraits taken at Winter Park.

Jenna and I met through a phone app called Coffee Meets Bagel (as seen on Shark Tank). Neither Jenna nor I am the type of person to have dreamed about meeting our significant other through a dating app, but as our story has played out, we just feel lucky and blessed to have met at all - no matter how it happened. At the time of initially “matching” each other on the app, I was on vacation in Colorado with a group of good friends and Jenna was in Fort Worth. Not sure that meeting someone on a dating app would turn into anything of significance, I kept this to myself for a few weeks to make sure I knew Jenna was, first, a real person, and second, someone that I actually wanted to date.

After talking for multiple weeks, Jenna and I finally went on our first date on July 4th, 2016. For our first date, we went against any sort of normal protocol to play it safe by just going to dinner or something else short and simple. Instead, I decided to spend about 5 hours together by taking Jenna around Sundance Square and going to Fort Worth’s big 4th of July celebration. I picked her up around 5 pm and I didn’t drop her off until after the firework show ended close to 10 pm. We both were nervous initially, knowing that the date could either go horribly wrong (and we’d be stuck with each other for multiple hours) or could go extremely well. Luckily for the two of us, we had a blast together and it began what has turned into a relationship full of fun and adventure with our family and friends - all thanks to a risk we both took on a dating app!

On Wednesday, March 14, 2018, Ben, me and four of our friends traveled to Winter Park, Colorado. On Friday morning, Ben’s sister and four more of our friends joined us at the Svoboda home in Winter Park. On Saturday, March 17, Ben went skiing for a third day with David, Mikey, and Stephanie, while I went tubing and watched basketball with Casey Jo, Tate, Tyler, Val, Alex, and Andrew. After we went tubing, we swung by and picked up the group that went skiing. When we got back to the house it was about 3:15. Since I knew we were leaving at 4:45, I decided to take a nap before dinner. I was the last one to get in the shower at 4:00 and knew that I would be ready in time for dinner. It was St. Patrick’s Day so I thought it would be festive to wear a green sweater to dinner. When I walked upstairs all of our friends were sitting on the couch ready to go to dinner. I didn’t think anything unusual about that since our friends is typically on-time people.

As Ben and I were walking out the door, Ben said that Mikey and Tate left the fire pit on the outside in the back. He asked if I would go with him to shut it off. I said sure and the two of us walked downstairs. When we got outside, Ben turned on one of his favorite Ben Rector songs. He held both of my hands and said that he might cry. I immediately asked why he thought he might cry? But as soon as he started talking, I knew this was the moment that I had hoped and dreamed would happen with Ben. Ben and I were so blessed to have David, Ben’s longtime best friend, taking pictures during this special moment.

When Ben finished proposing and showed me the ring, I could hear someone. I looked behind me and saw Ben’s dad taking pictures in addition to David. Suddenly, I thought to myself how cool it would be if both of our families were here but knew that was impossible. In no way did I ever think that could have been pulled off. However, when I glanced toward the door I saw my sister, Dad, Mom, Ben’s Mom and his sister come through the slider. At the point I saw my family, the tears came streaming down as I was so shocked that they were here. The whole moment was surreal. We hugged everyone and immediately took lots of pictures at the proposal site before getting in our cars to meet up with our other friends for dinner.

The dinner was at Devil’s Thumb at a beautiful resort in a private room. We were greeted by all of our other friends who all knew what was happening back at the house. What I learned later in the evening, is that Ben had been busy planning this event for several months and so many people had to keep this incredible secret. It was such a special and memorable evening which will go down as one that Ben and I will never forget. 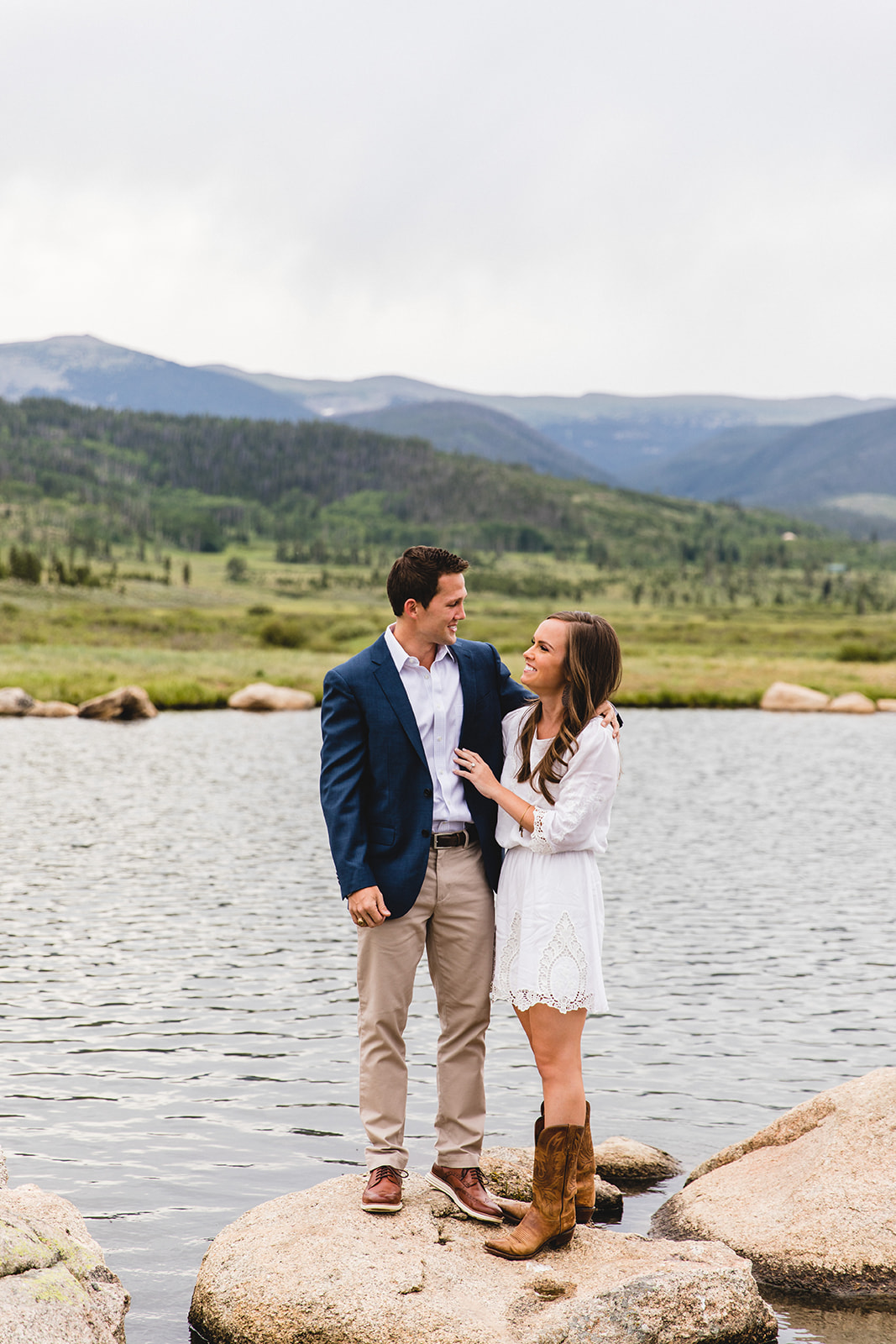 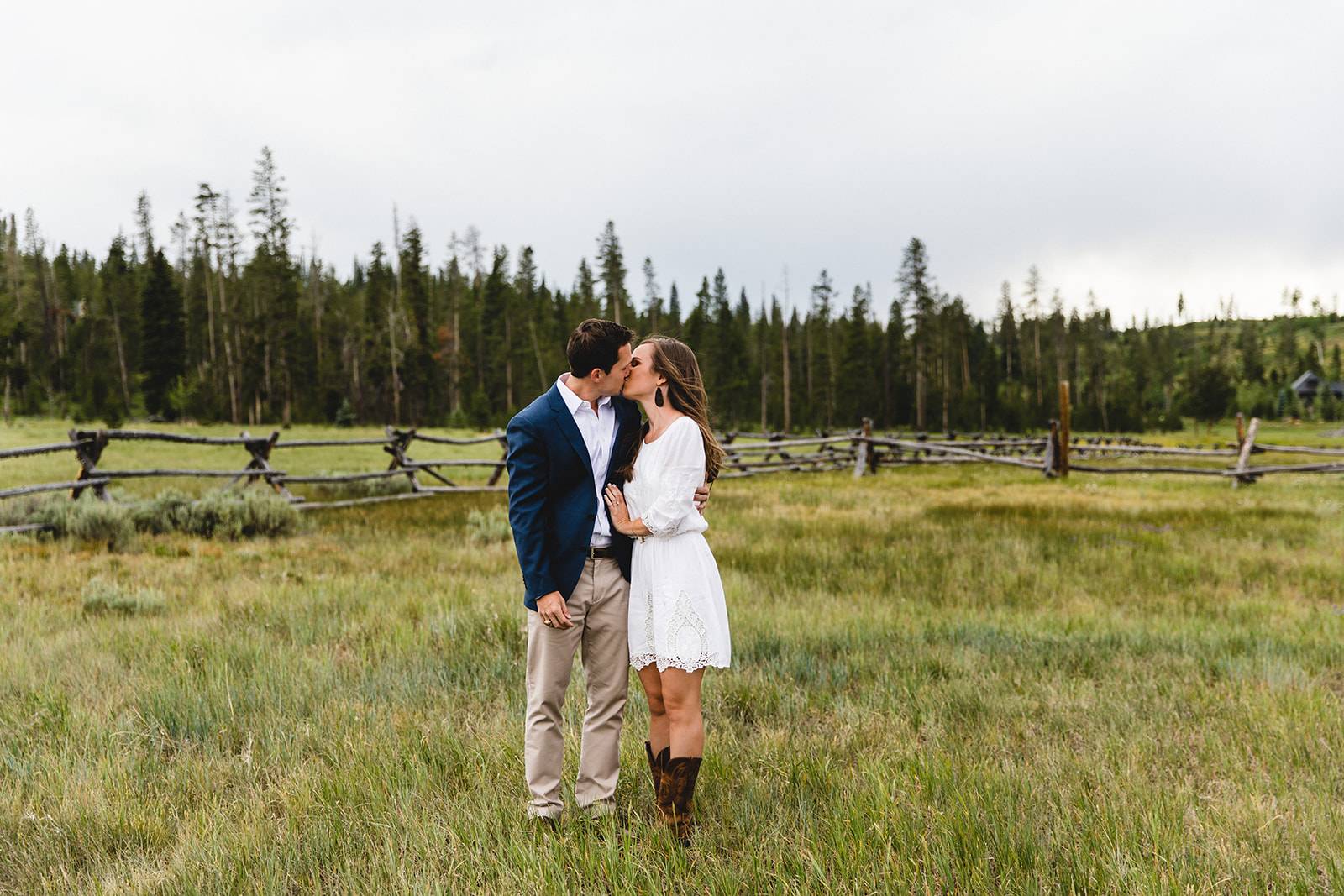 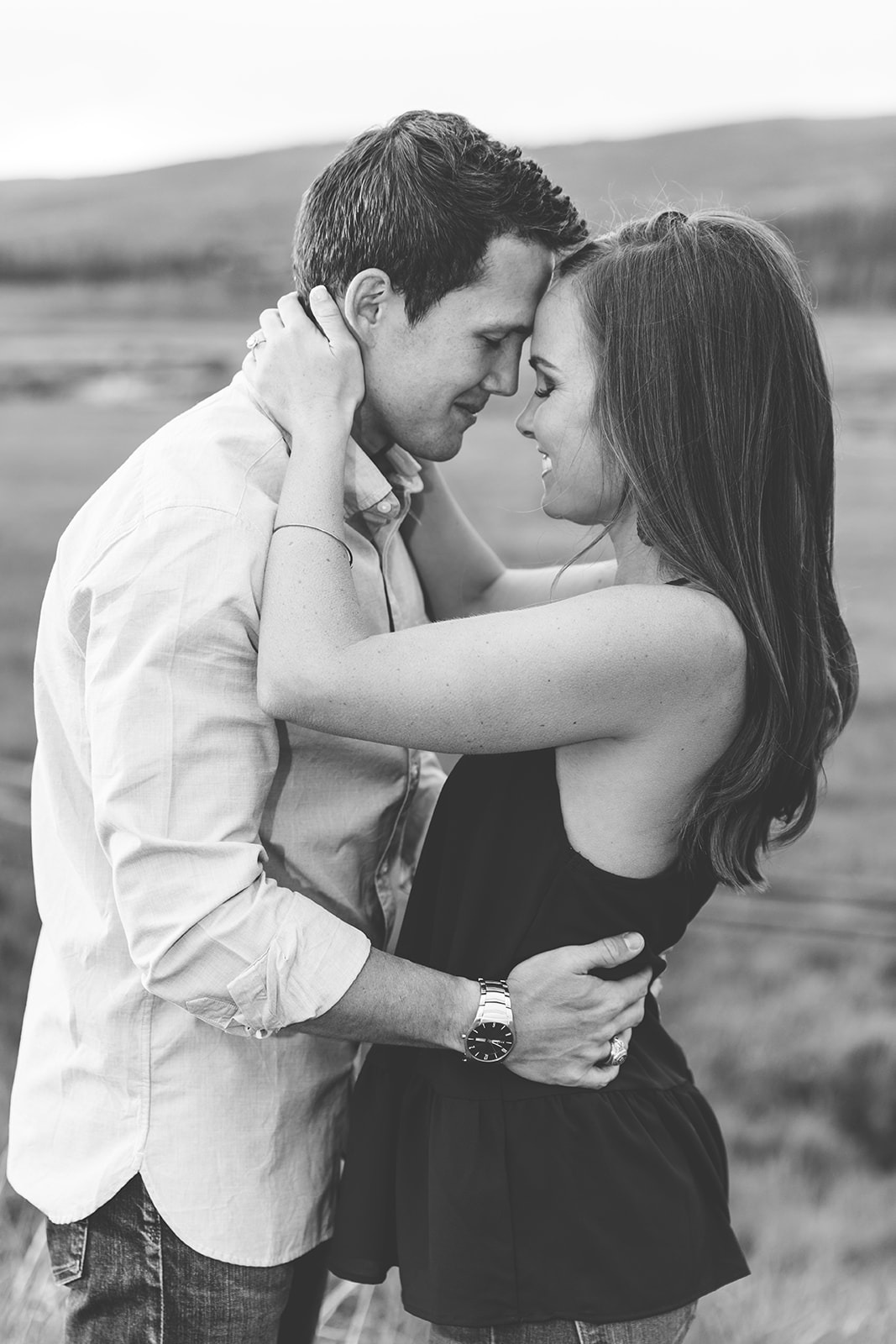 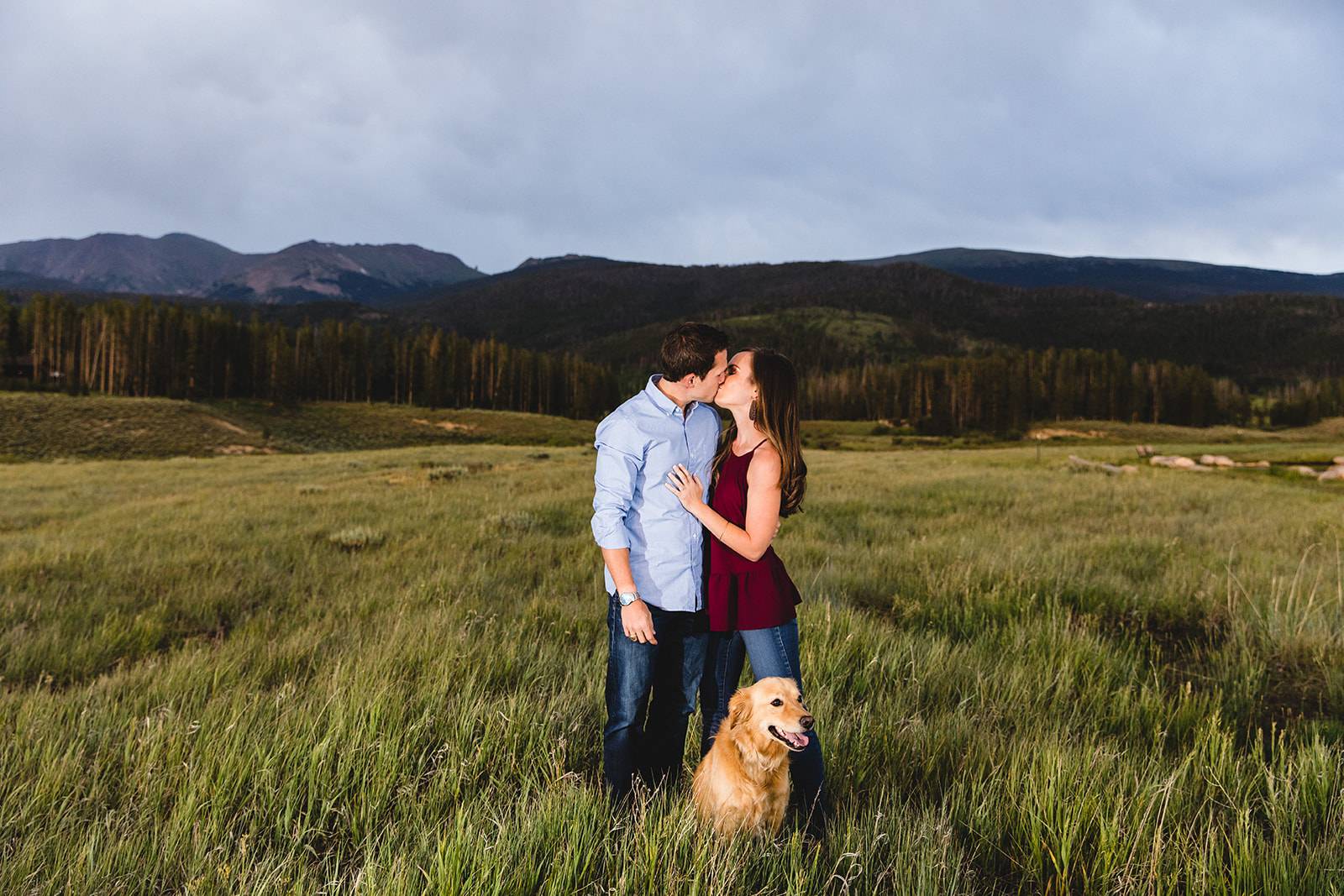 This is beautifully written! Thank you SO much for the feature!

Modern Elegance on a Colorado Ranch