Elegant in the Foothills

Q&A with the bride and groom:

We first met back in the summer of 2015. Arik was playing on the softball team with Kelly's Dad, brother, and cousins were playing on. After one of their games her cousin tried to introduce her to him, completely not interested she (maybe) said hi.

The following years Kelly and Arik attended many of the same events according to Arik, Kelly doesn't remember him being at any of them (ha ha). St. Patrick's Day 2016, Kelly was out downtown with her brother and his girlfriend when Arik and her cousin met them at a bar. Arik went up to Steven and said, "I want to date your sister." Kelly didn't hear about this until the next day when Angi told her and thought Arik said something completely different to Steven, totally understandable to hear something inappropriate after a couple of green beers.

Flash forward a couple of months to June when Kelly was celebrating her brother's 30th birthday on a karaoke bus with friends and family when she got some liquid courage to ask Tia about Arik and if he was still single. He was (YAY!). At Kelly's parents annual 4th of July party, she asked her cousins if Arik was doing anything and if he wasn't he should probably come over. He came over and they FINALLY exchanged phone numbers and began talking. Their first date was at the block party in Golden,CO. A couple weeks later they were officially together. YAY!!

On May 11th Kelly and Arik decided to go for a hike. Since they had gone hiking a few times already this spring, it seemed like a pretty typical Saturday. It was the perfect day to be outdoors; blue skies, slight breeze, mid 60's. They decided to go to Matthews/Winters Park in Morrison, CO.

A little while into the hike they decided to take a more direct path up the foothill instead of the switchback. It was a lot steeper but they both like a little challenge. After what seemed like forever, they arrived at a wide open clearing that overlooked the city.

To which Kelly finally turned around to see Arik, still on one knee. Tears in her eyes, Kelly said "YES!!"

Tell us a little a bit about your wedding.

I’ve always wanted a wedding that was simple yet elegant. Choosing our venue definitely offered that. We had the foothills as a backdrop which was beautiful. We chose lilac and dusty blue as our colors because we had never seen that done before and I think everyone looks good in those colors.

We had a baseball home plate as our guestbook since we both are baseball fans. Our cake topper was Star Wars themed for Arik, he’s a big Star Wars nerd. 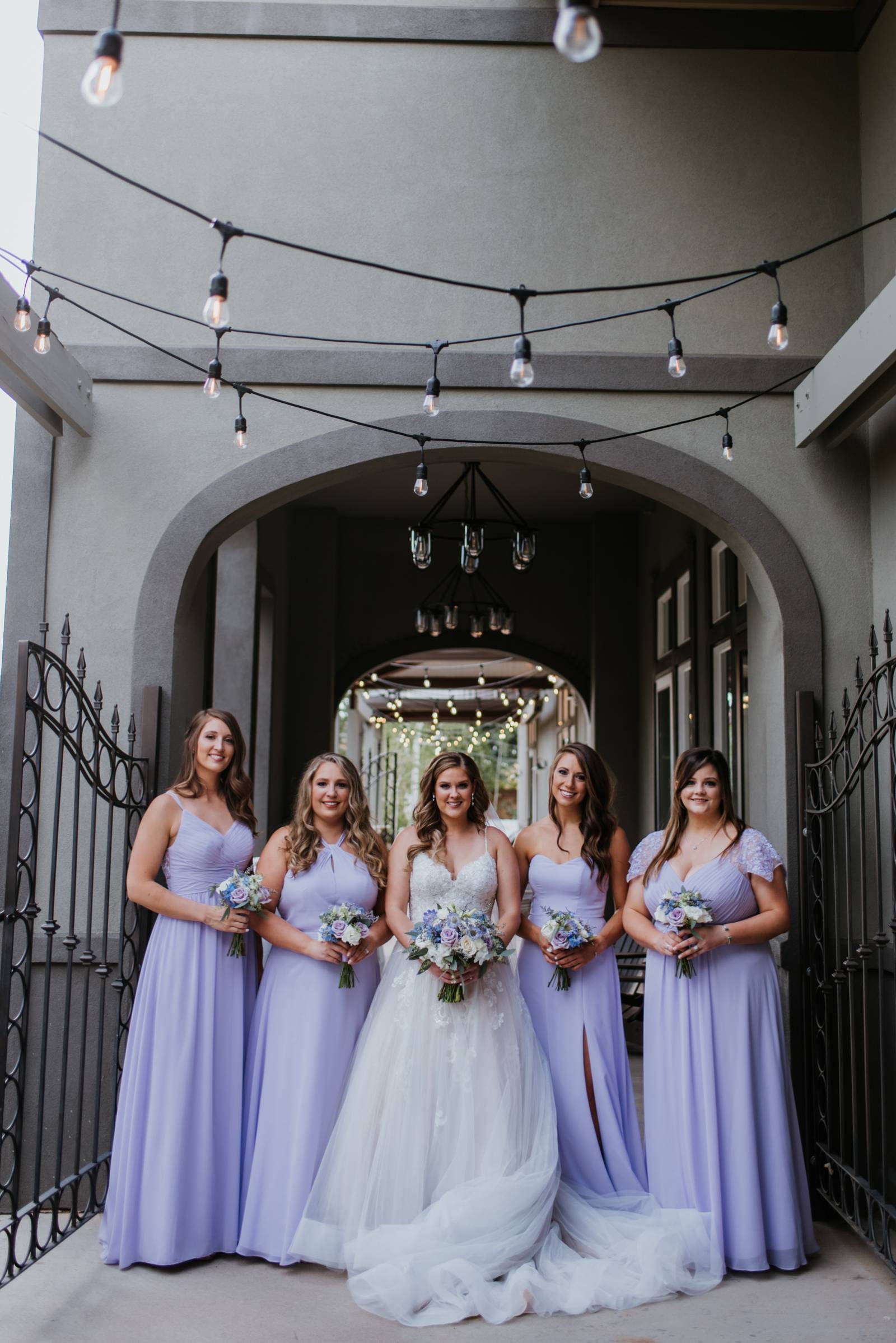 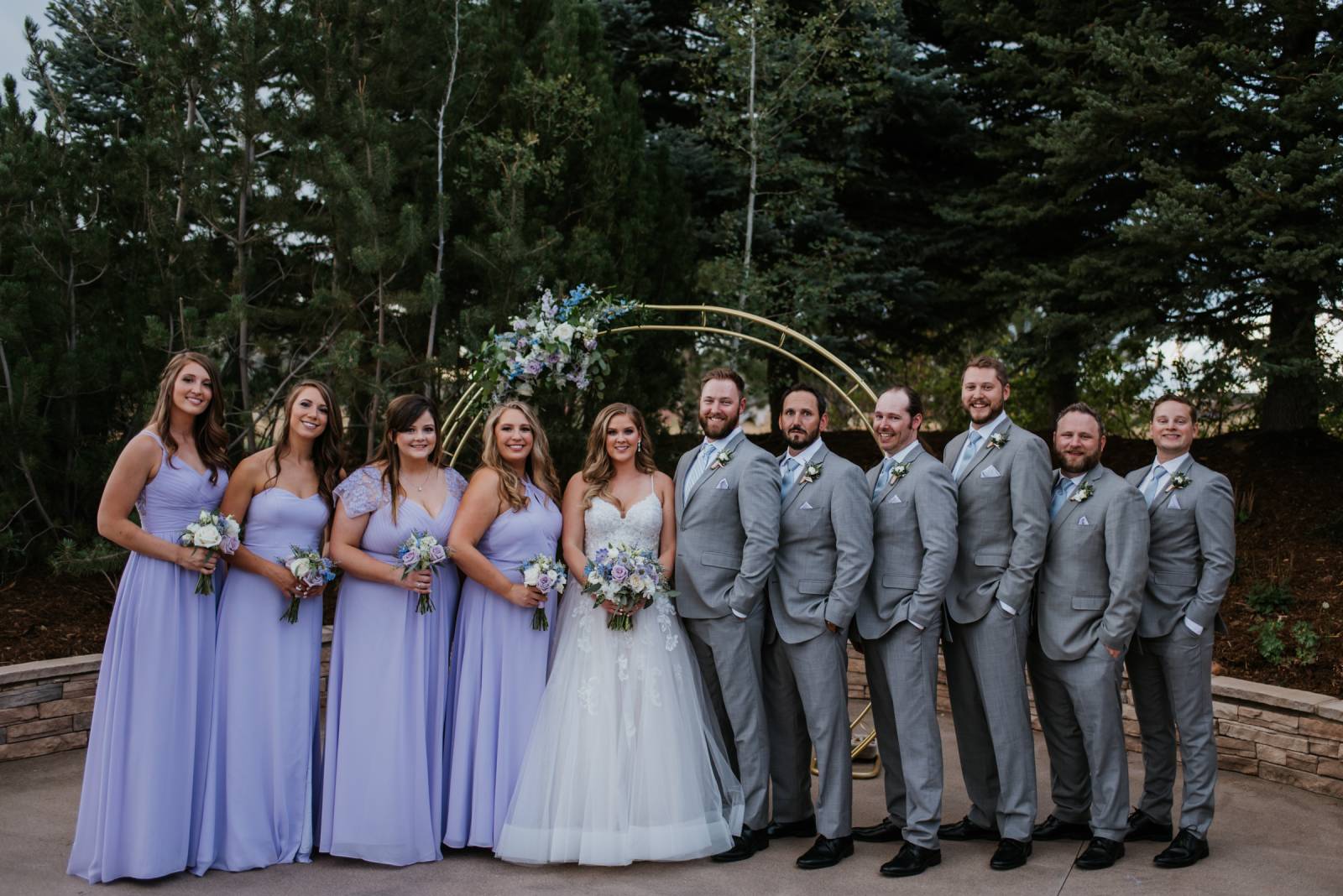 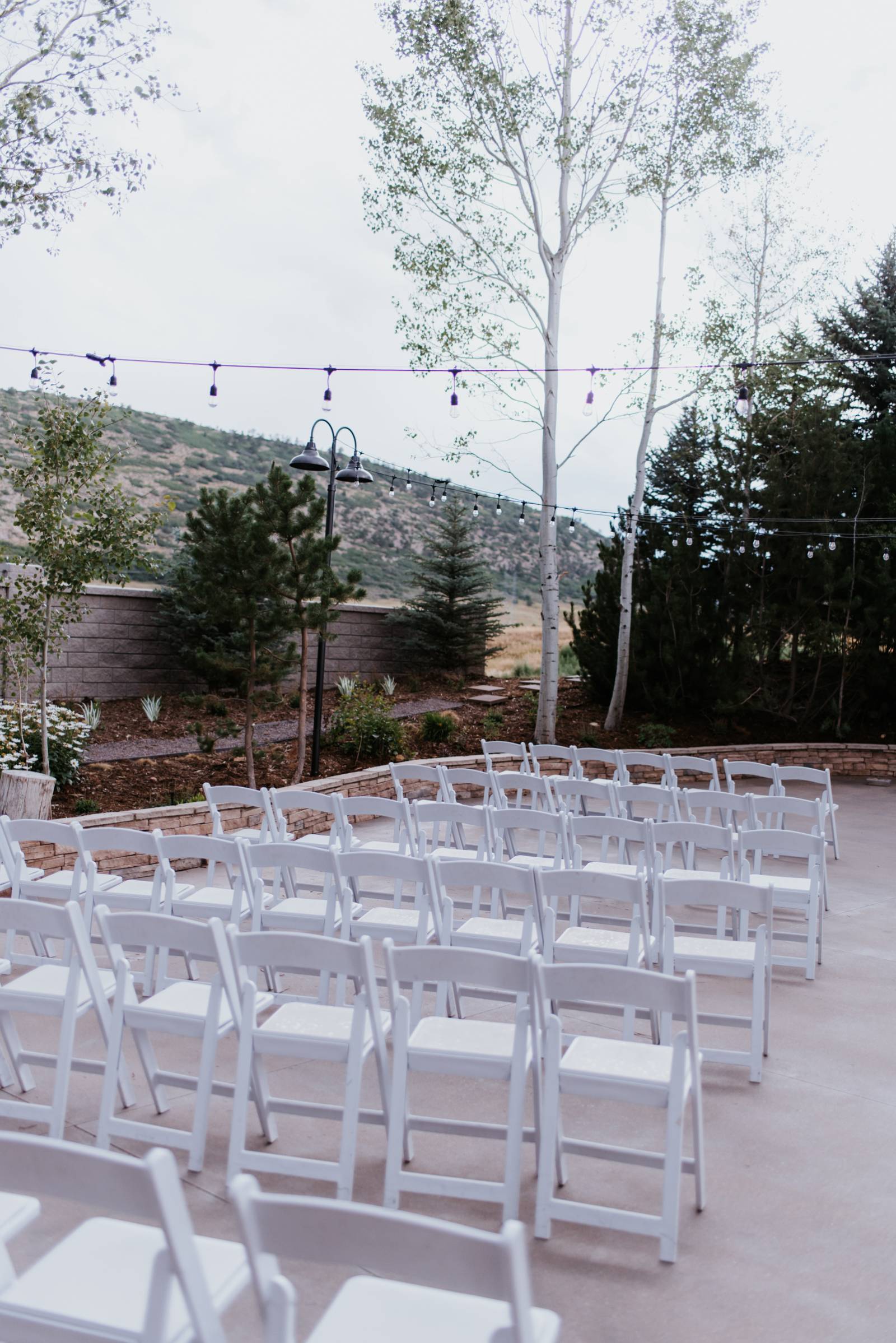 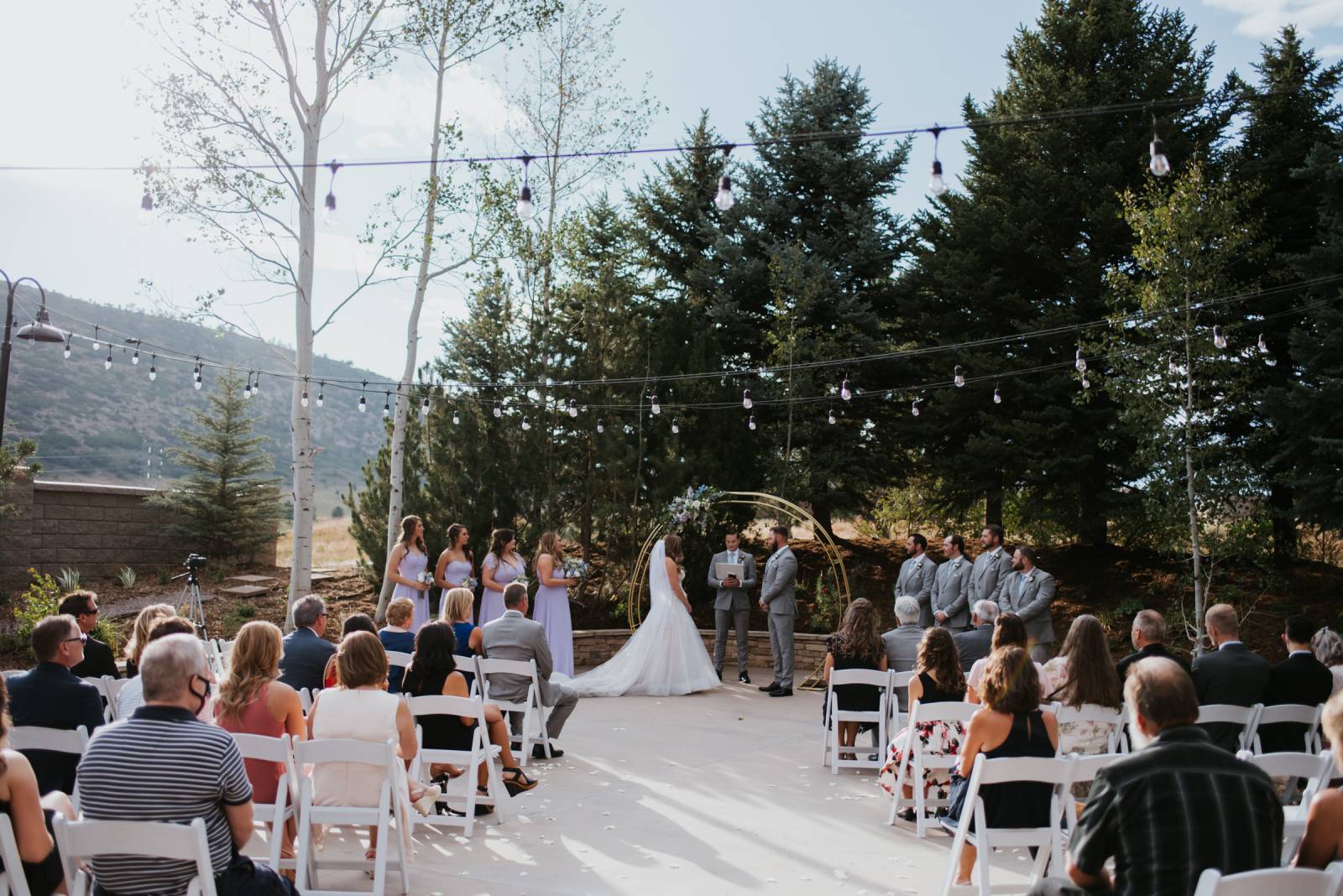 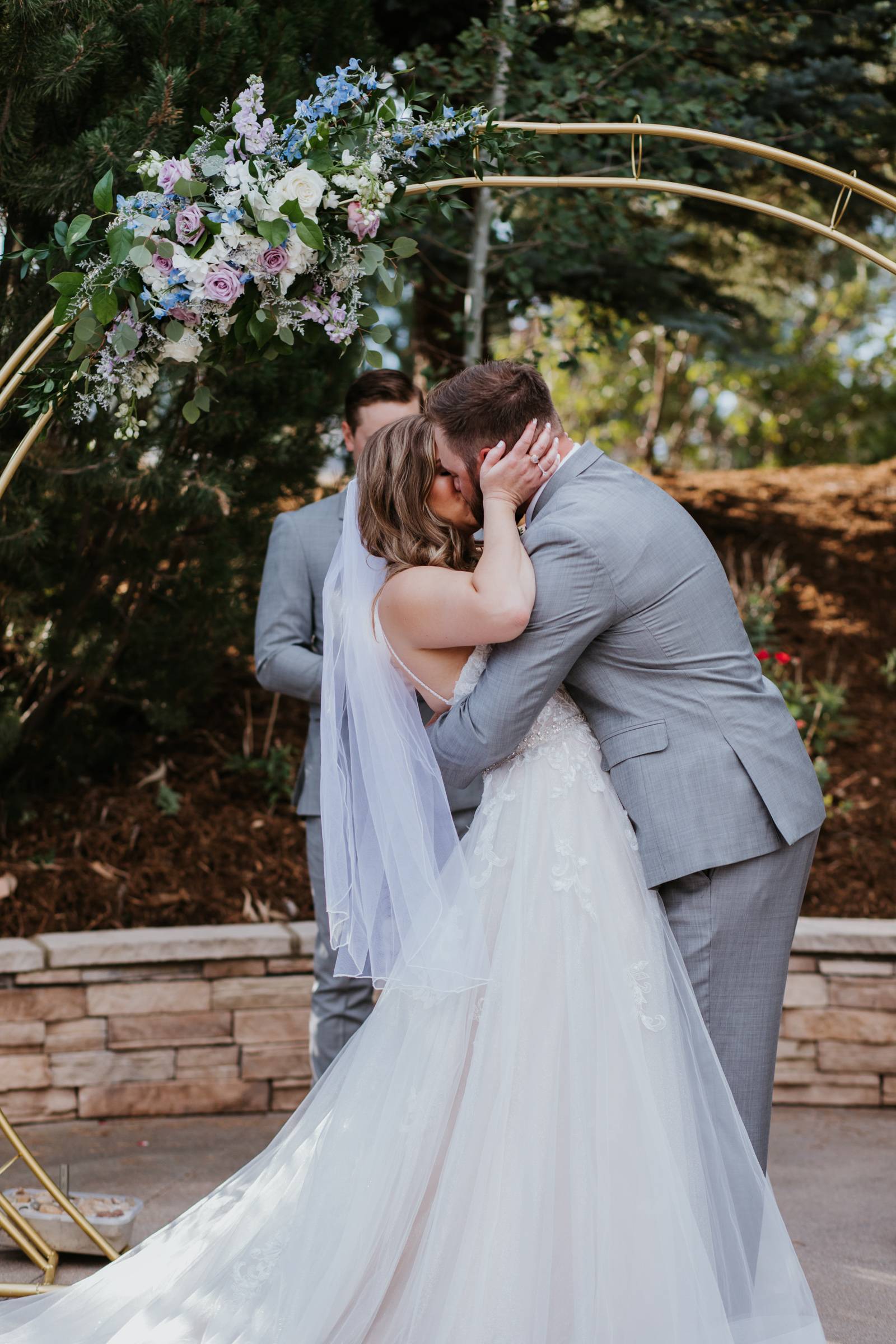 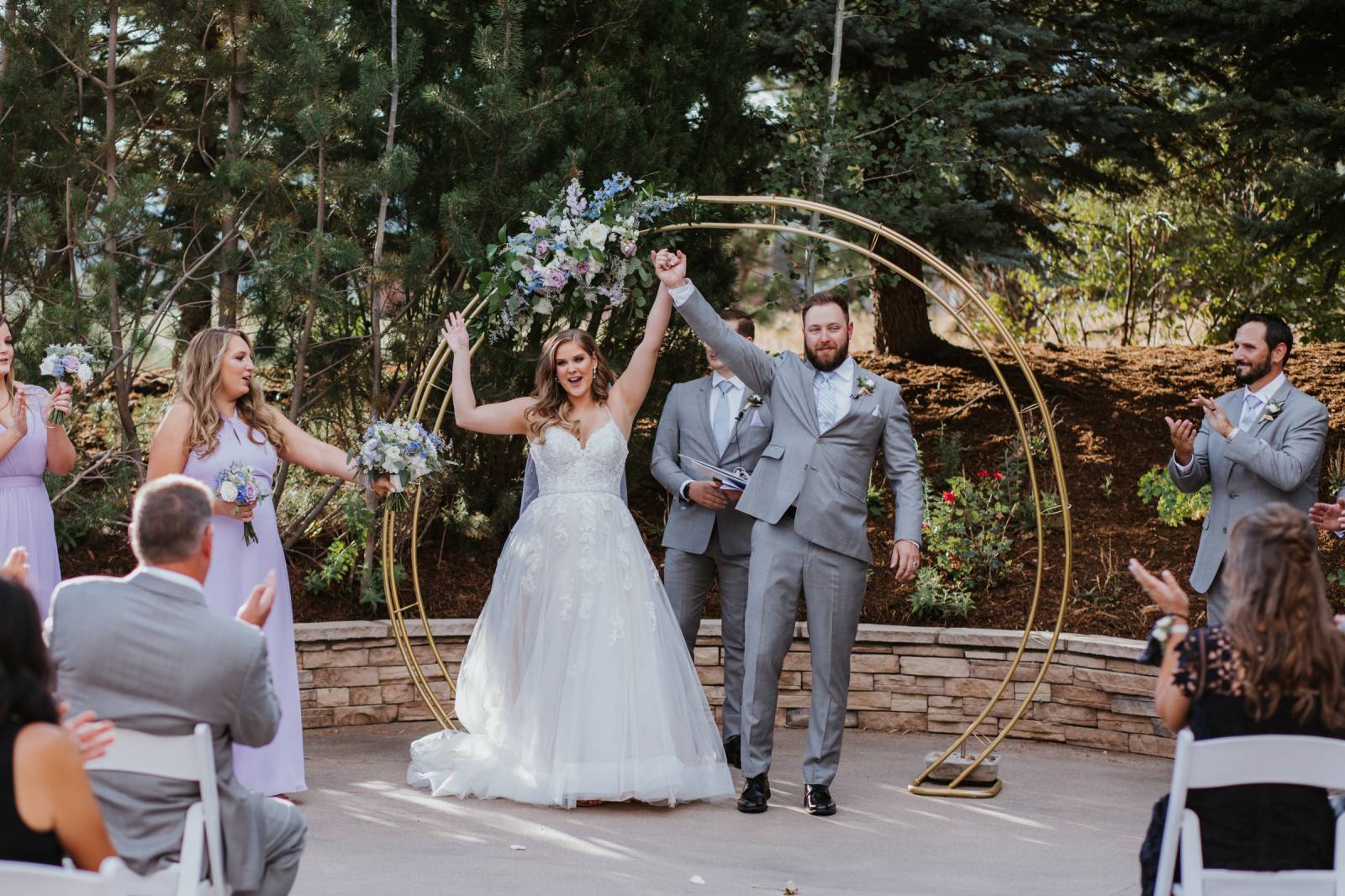 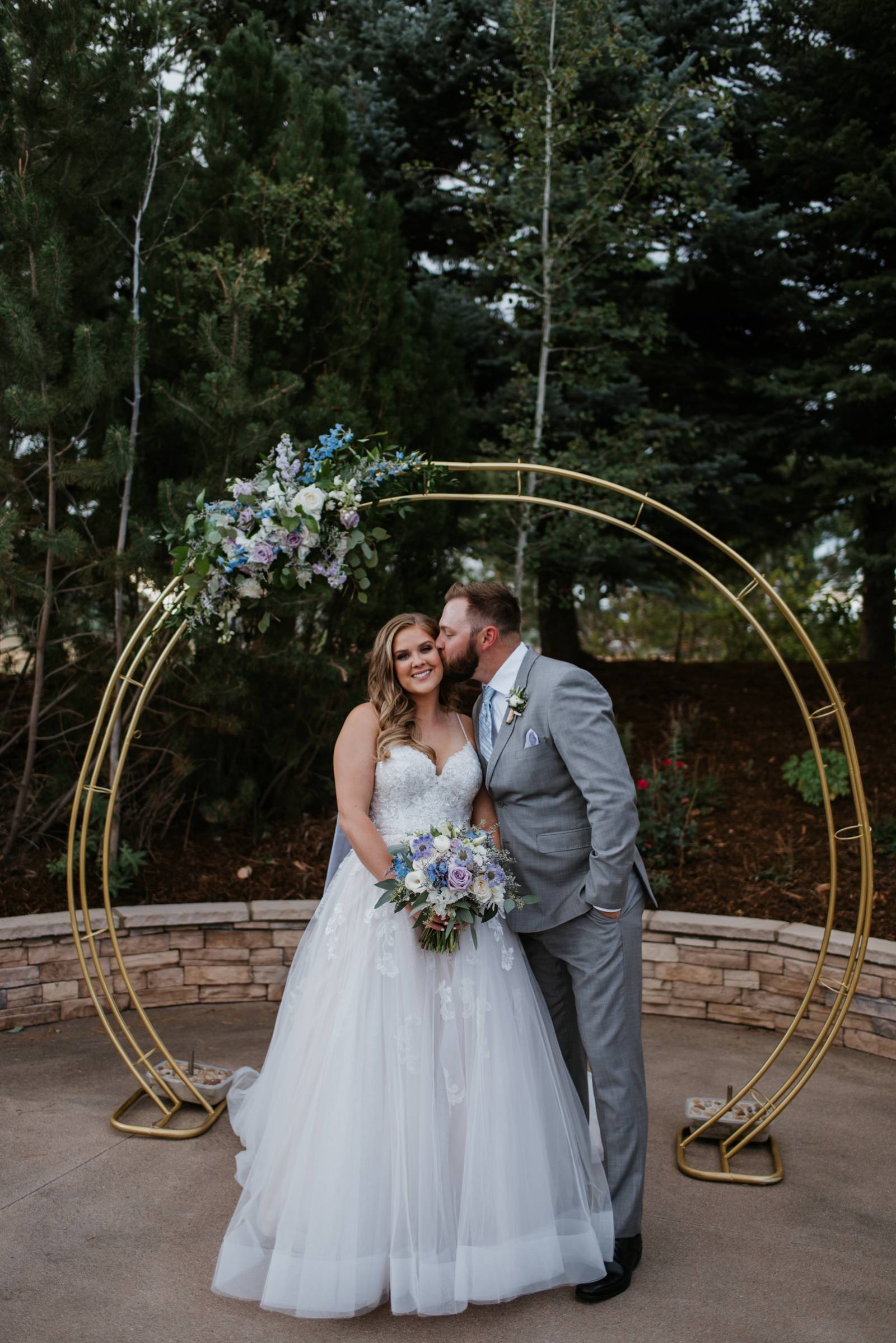 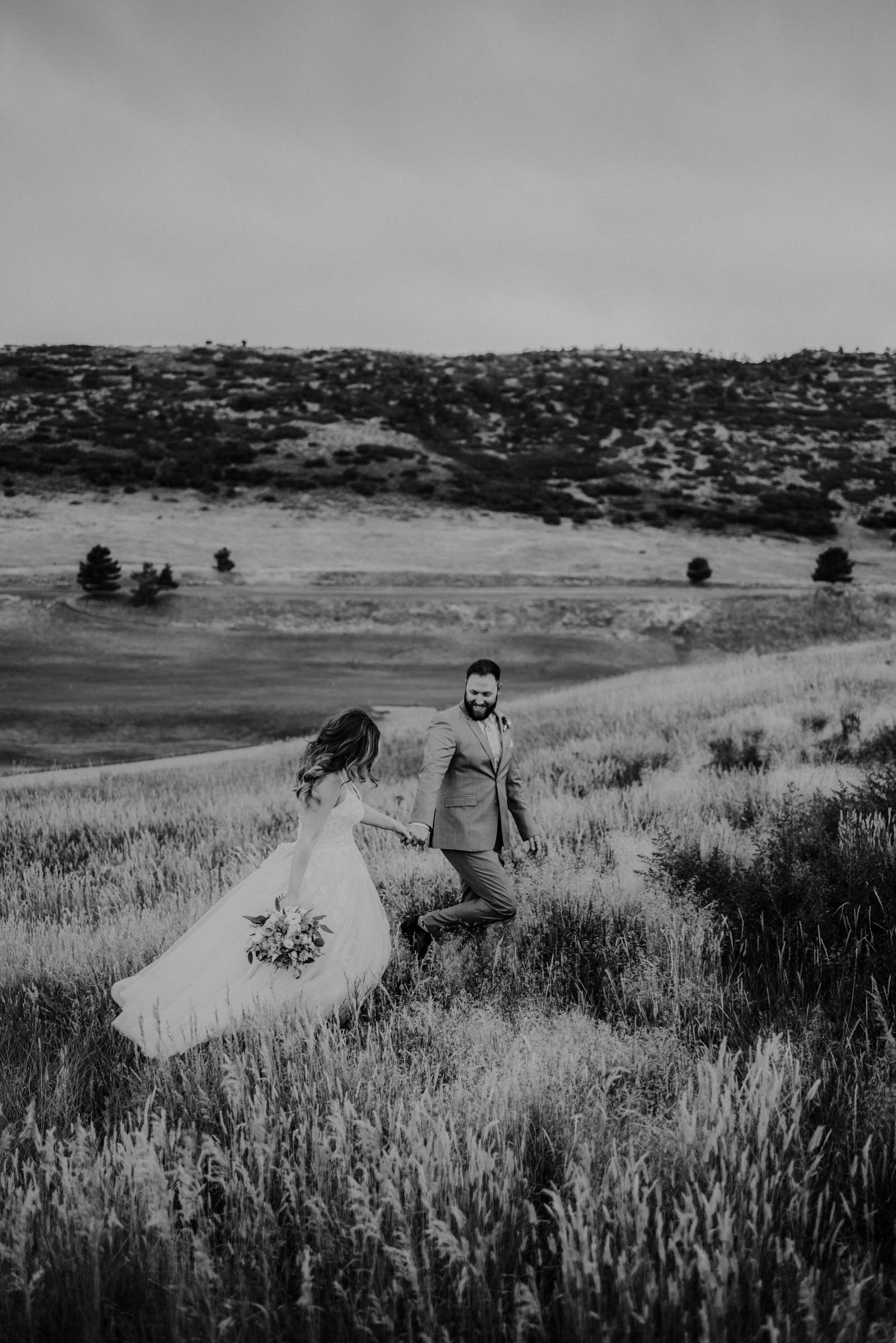 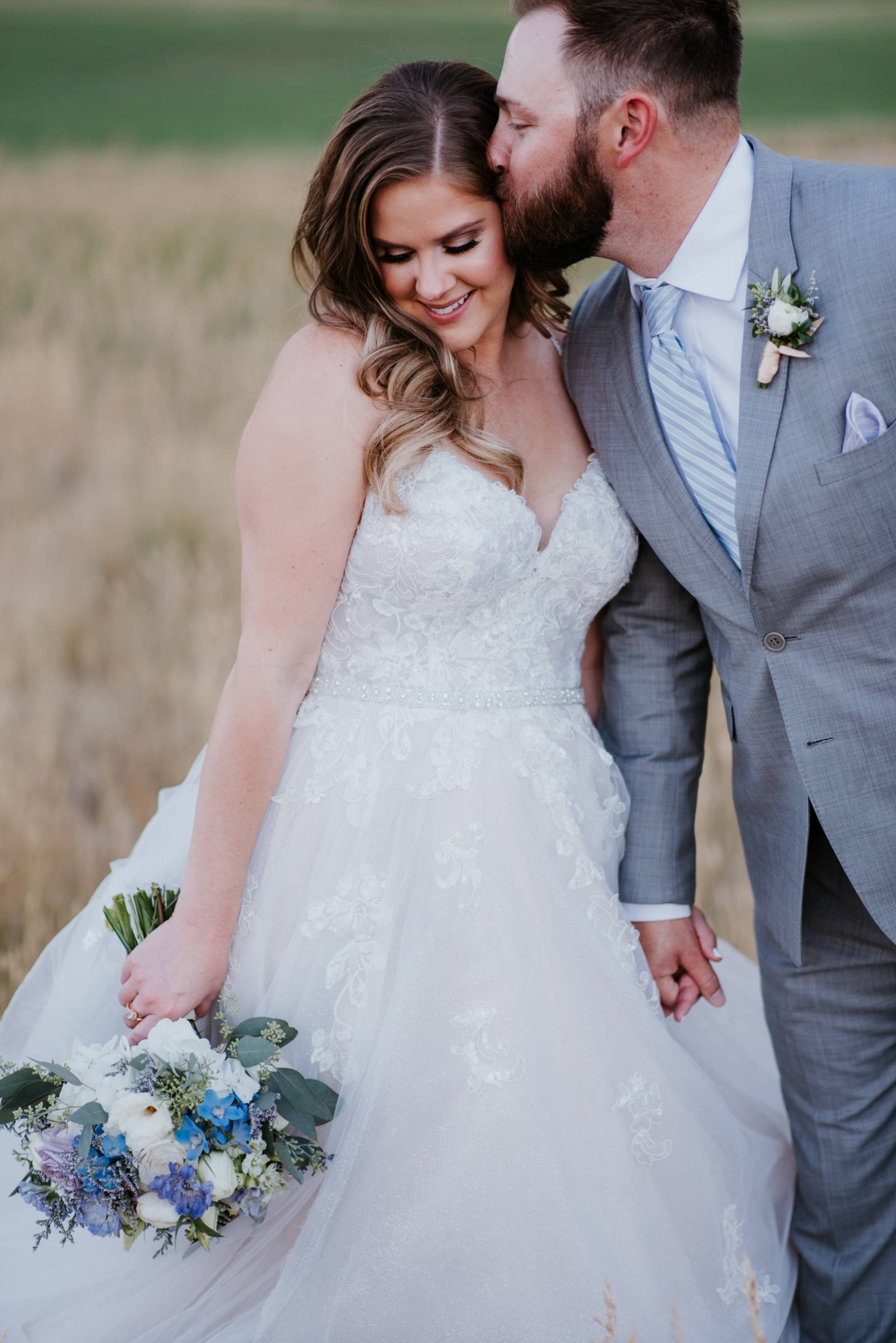 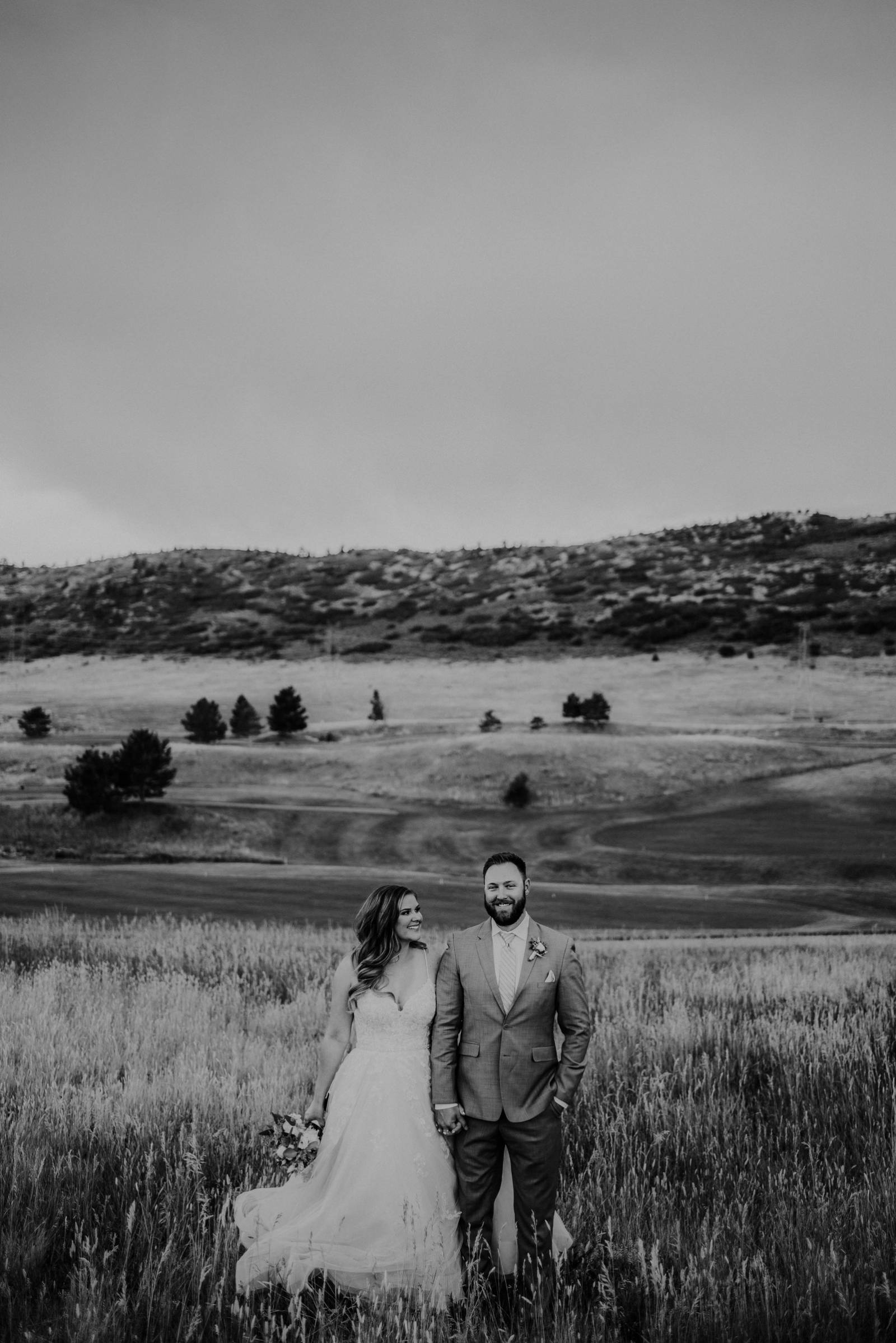 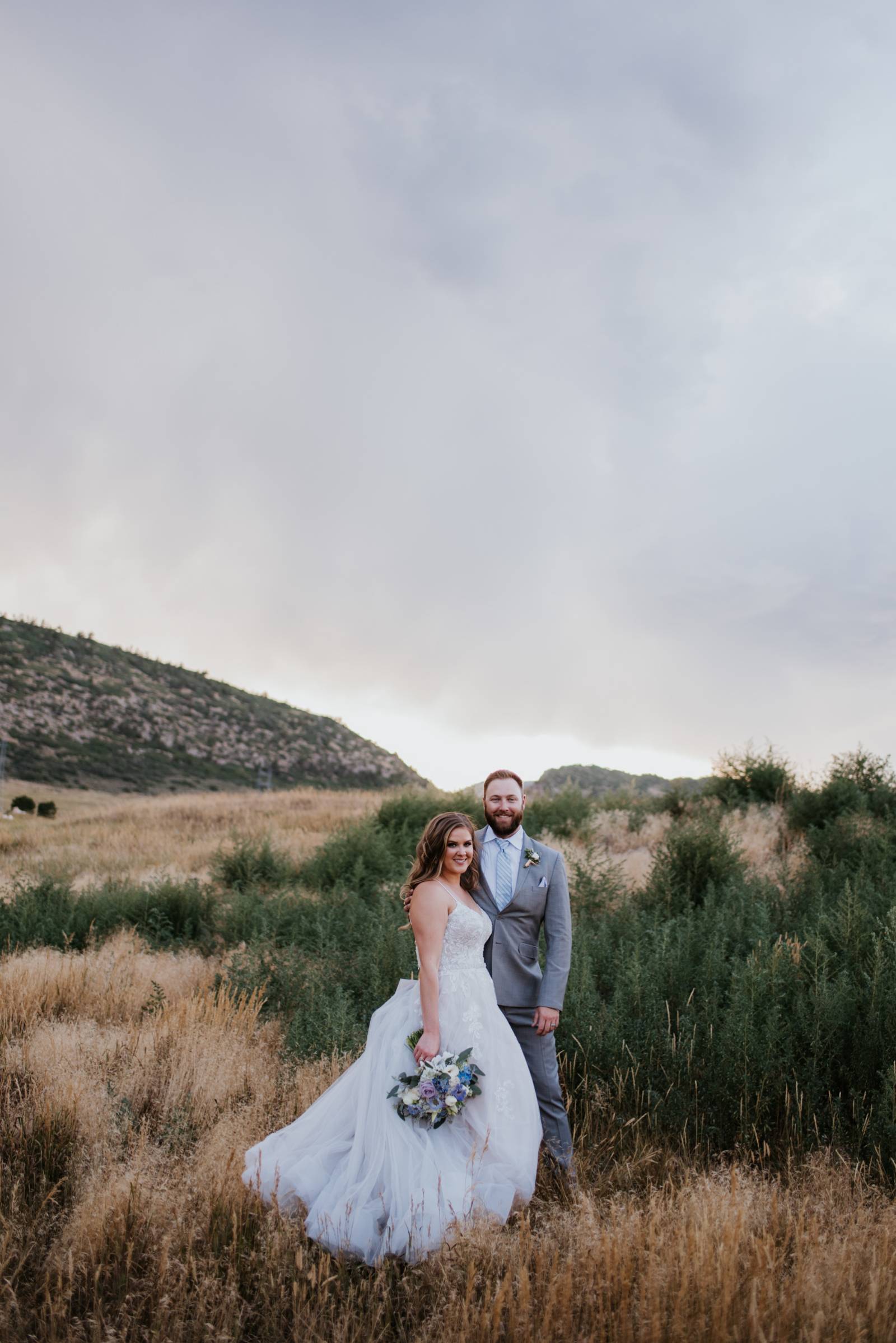