We met seven years before we ever even considered being in a relationship. We both found ourselves at the same summer camp in eastern Oklahoma--Ben as a counselor and Katherine as a camper training to be a counselor. We were both really impressed with each other as kind, fun, and interesting humans, but we simply chalked it up as each of us having met a really neat person.

We kept up with each other over the years on social media and reached out sporadically to wish the other a happy birthday or say something equally romantically insignificant.

Fast forward seven years and we'd been fully scattered to opposite sides of the country. Ben was running a non profit organization in Washington DC for kids with special needs and Katherine was teaching 5th grade in Oklahoma. Katherine reached out to Ben to chat about his work and before we knew it, well over 3 hours of captivating and flirtatious conversation had flown by. We quickly realized that we just clicked on a level neither of us had expected or experienced before and were completely into each other, so Katherine flew out to DC for a weekend to see if there truly was a spark. From that weekend on, the question of us together was no longer an "if," just a "how."

Ben was in law school and Katherine was a teacher, so we both had a weekend off in October where Ben planned for us to drive down from Minneapolis to Arkansas for a camping weekend in the Ozarks.

He booked this really cute cabin in the woods and we stayed up late by the fire drinking and talking the night away. The next morning Ben told Katherine that he wanted to get some good pictures of her in the mountains with the autumn leaves. (Ben likes to take photos, so this didn't seem suspicious at all.) The whole "I want to take pictures of you" line was really just a sneaky way to ensure that Katherine didn't get caught out in the woods for lifelong photos without her hair and makeup done.

So, we set out for a hike early in the morning and spent the day in the mountains. We slung up our hammocks, had a picnic, and Ben took pictures like he promised. After that, he said he wanted to catch pictures of the sunset before we left.

We hiked out to a rock that overlooked the Ozarks with the sun slowly falling behind the tree line and sat down to watch as the sunset progressed. Then, it all started to happen: he dropped to one knee and asked Katherine to marry him. After Katherine got done crying and saying yes he turned her around to meet (the wonderful) Kylie Farmer who he had hired to take candid pictures of the proposal and a surprise engagement session after!

After that we headed to Ben's parents' house to a surprise party with all of our friends and family. He really did think of it all.

We both always knew that we wanted a fall wedding in the mountains. There were three things that were important to us: the venue, the music, and the photographer.

Venue: We very quickly narrowed the location down to Colorado since it was the nearest family-neutral location with mountains; it was just a matter of the venue. We fell across North Star Gatherings on a Google map search because it was a brand new venue at the time. It had the best of all of the things we were looking for: mountain views, a secluded feel, a modern reception space, and proximity to Denver for the guests who were flying in.

Music: Ben is a musician and always felt strongly about having a live band for the reception. We knew we wanted a band large enough to include horns in order to provide the fun, old school wedding vibes we wanted. We found Diamond Empire Band and quickly knew they would be the one! They played anything from the Temptations to Frank Sinatra and brought the party to life.

Photographer: Kylie Farmer has been with us since day one. From the surprise engagement session in Arkansas to a planned engagement session in Sedona, Arizona she has steadfastly and expertly produced photos that both created and profoundly captured so many special moments in our lives. It was a no-brainer for us to book her again for our wedding in Colorado. She didn't just not disappoint. In fact, she never ceases to amaze us! 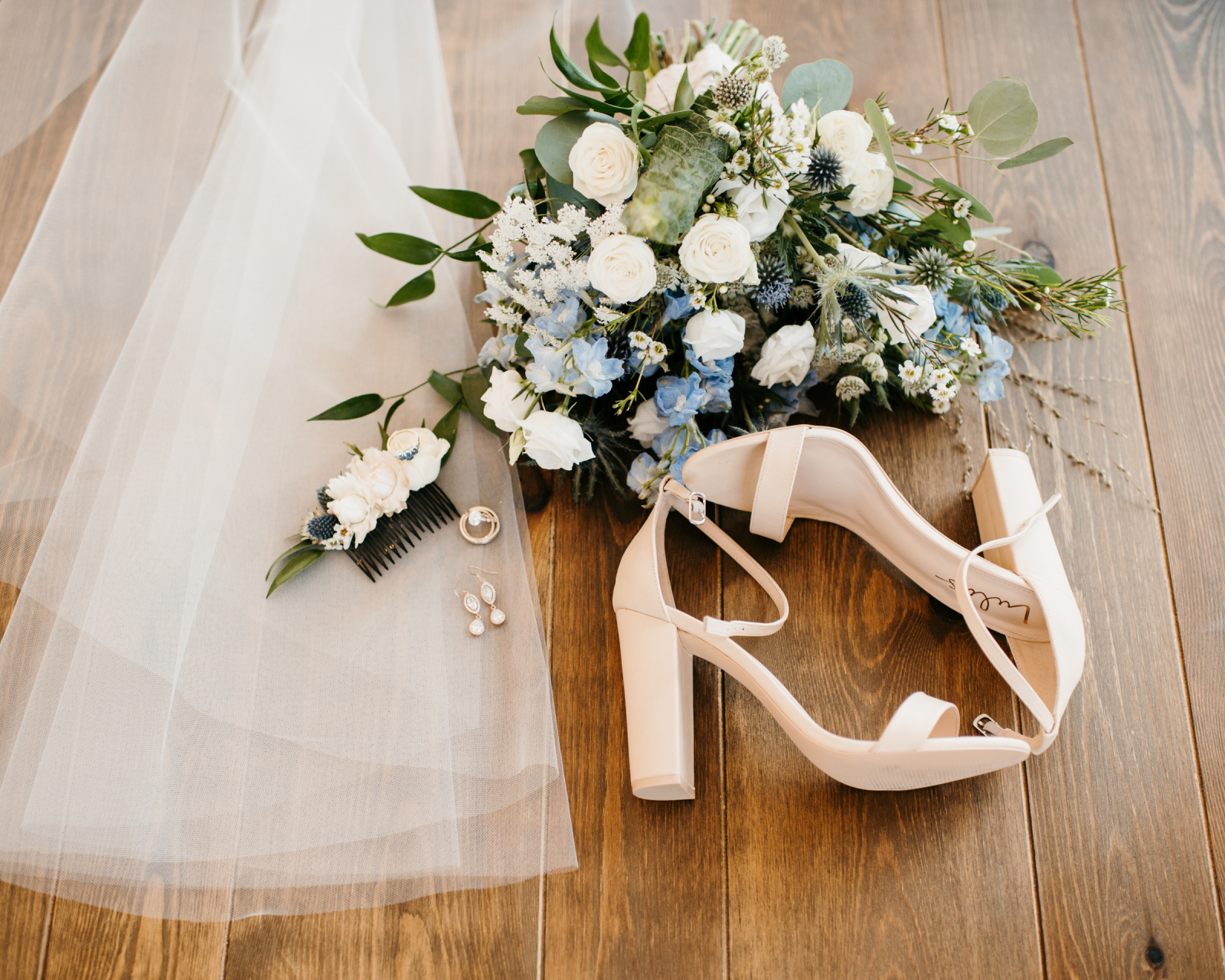 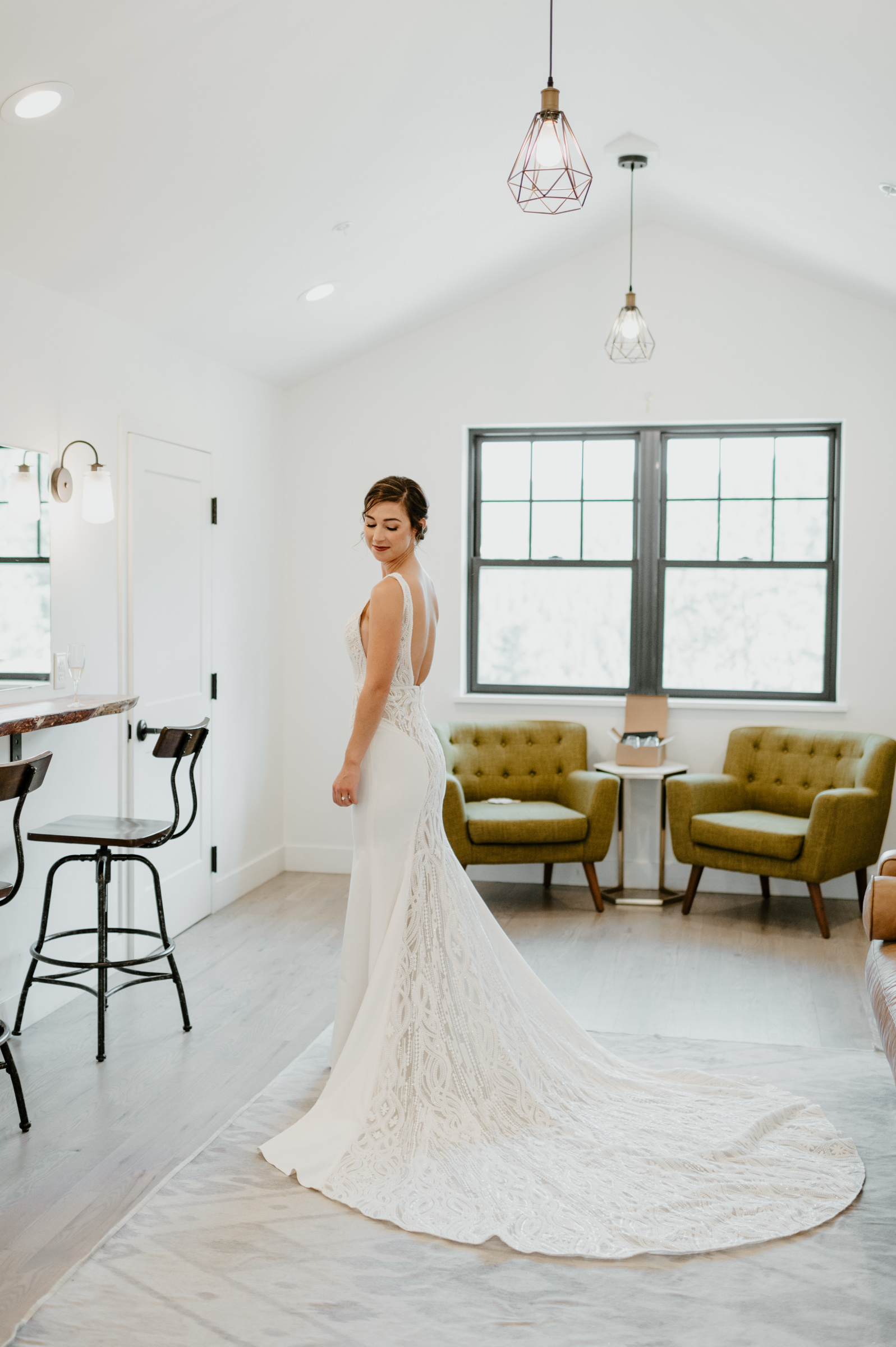 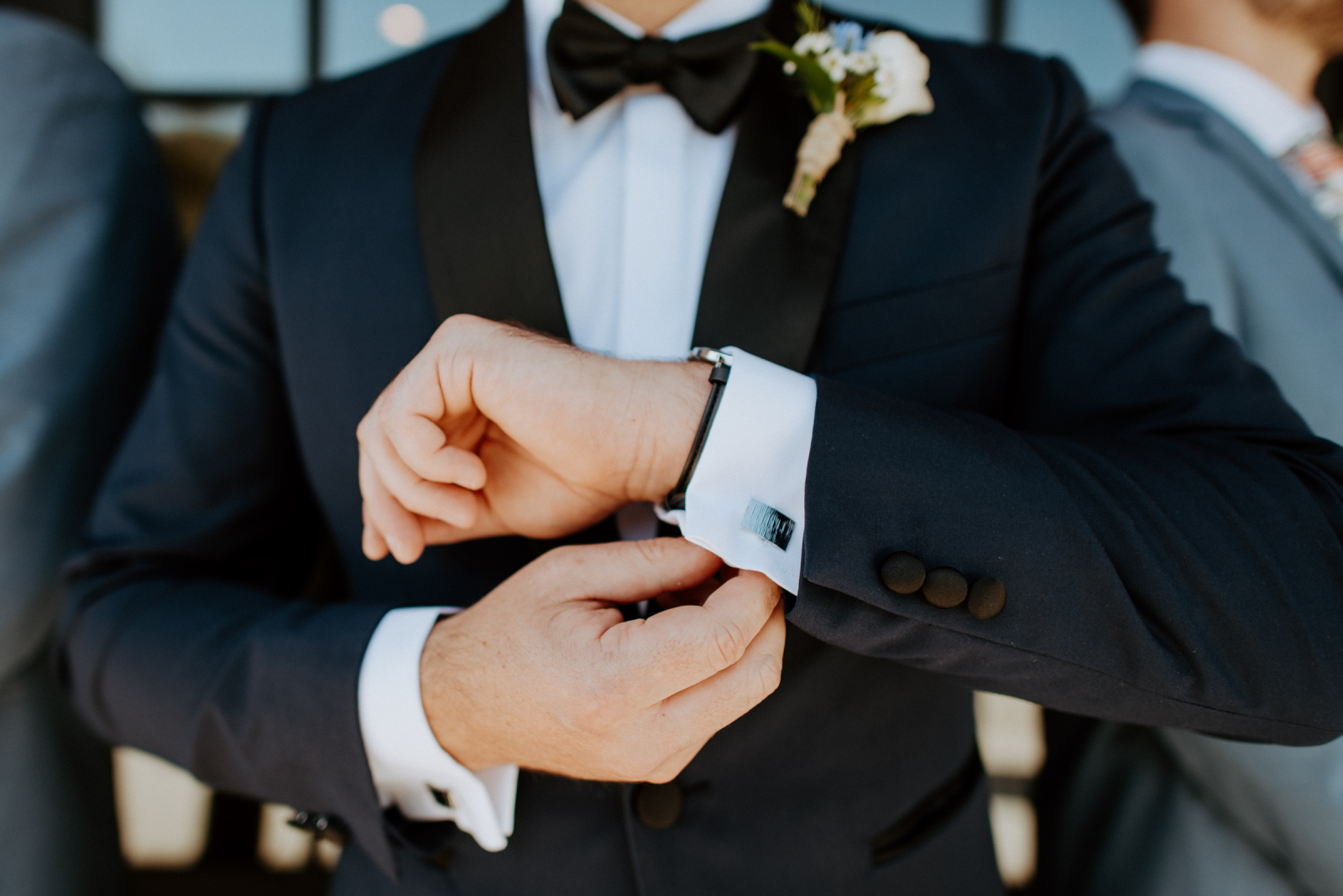 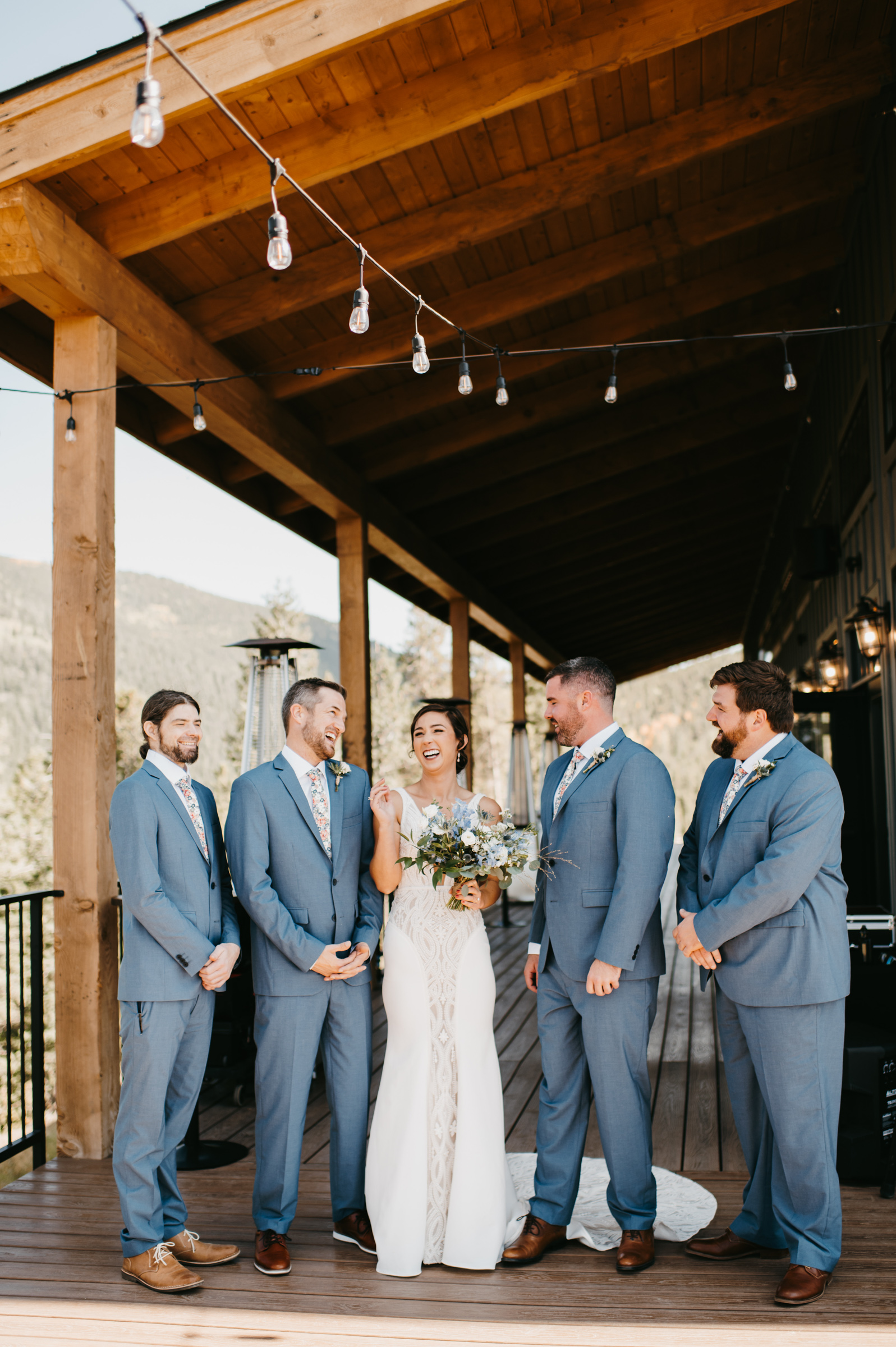 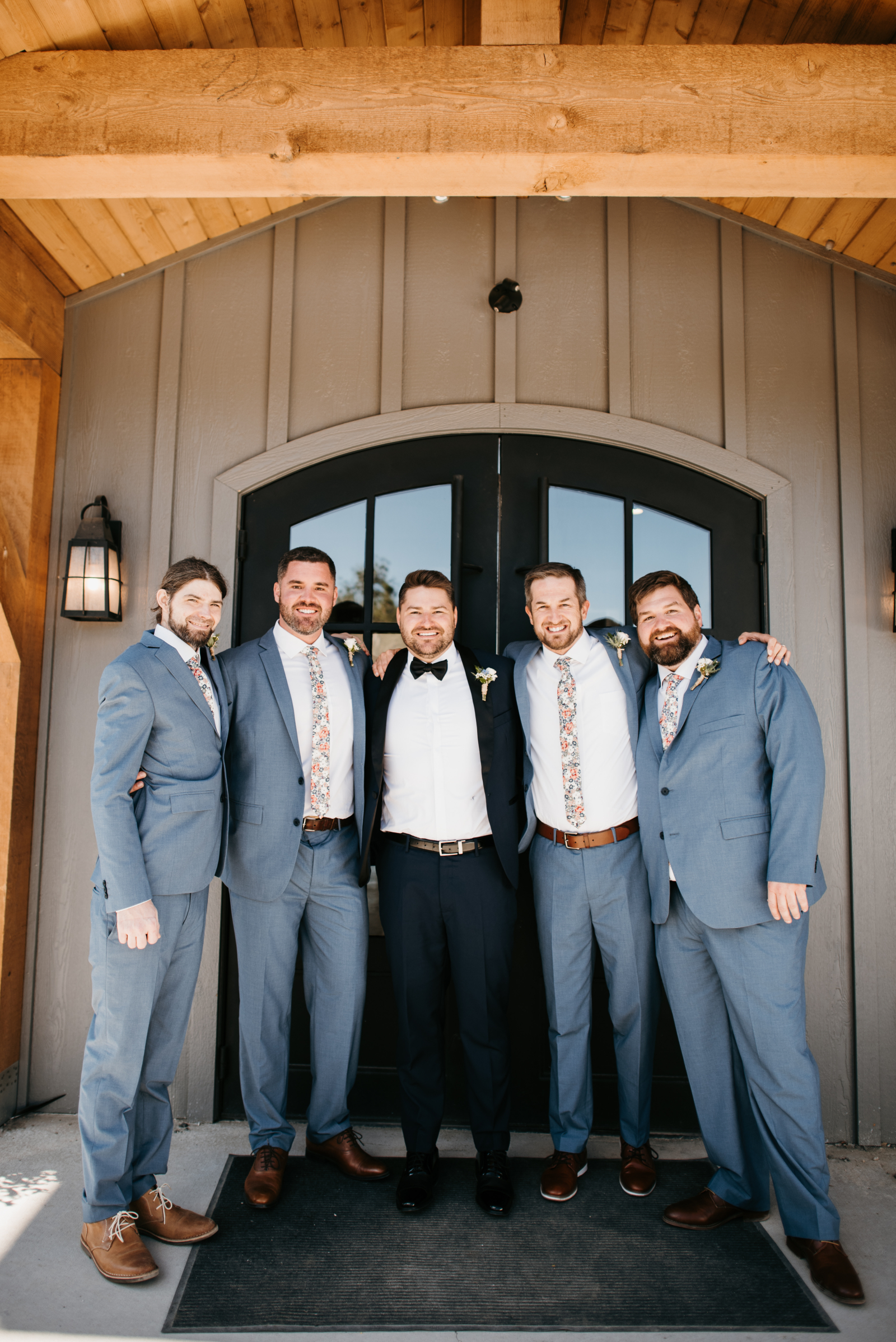 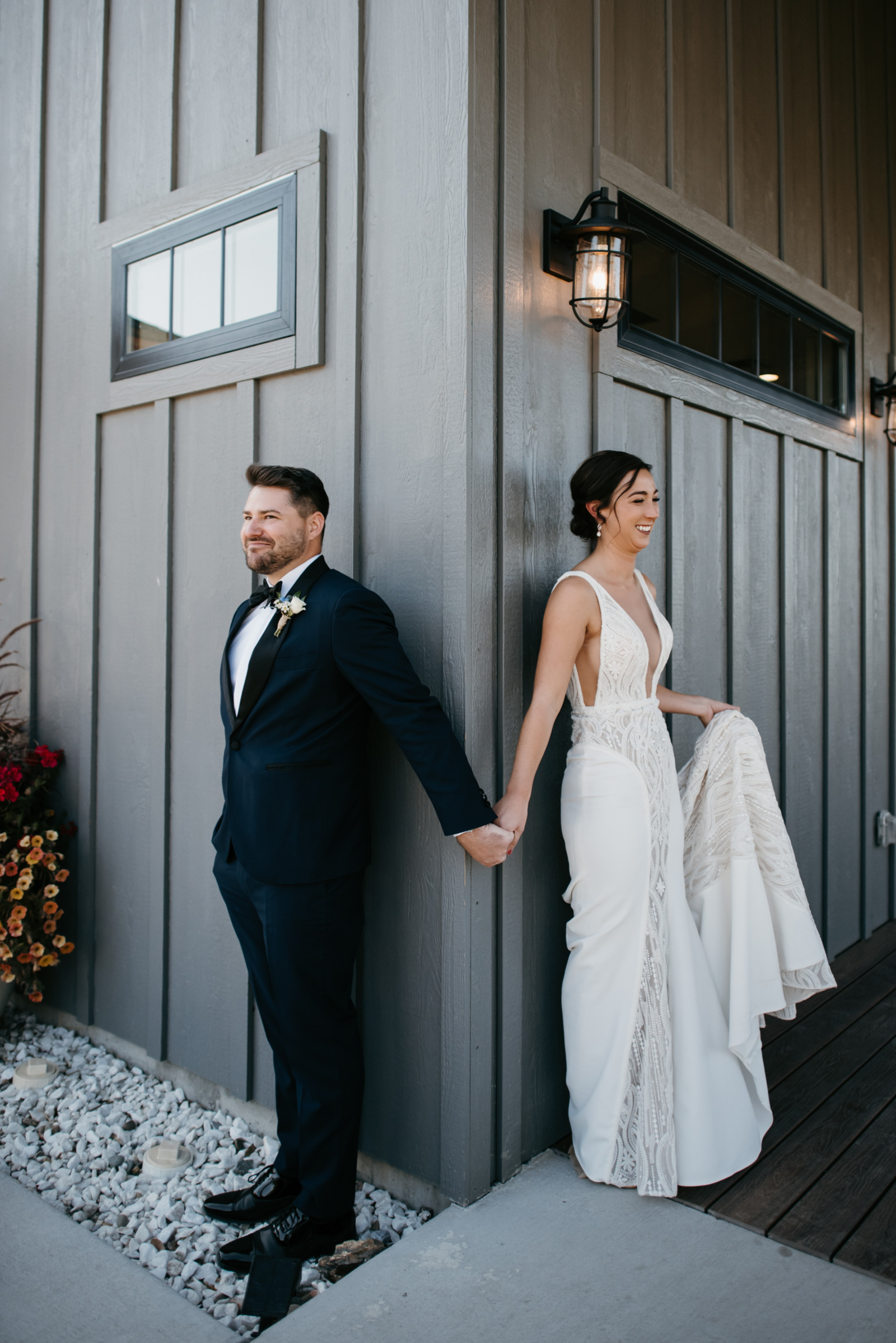 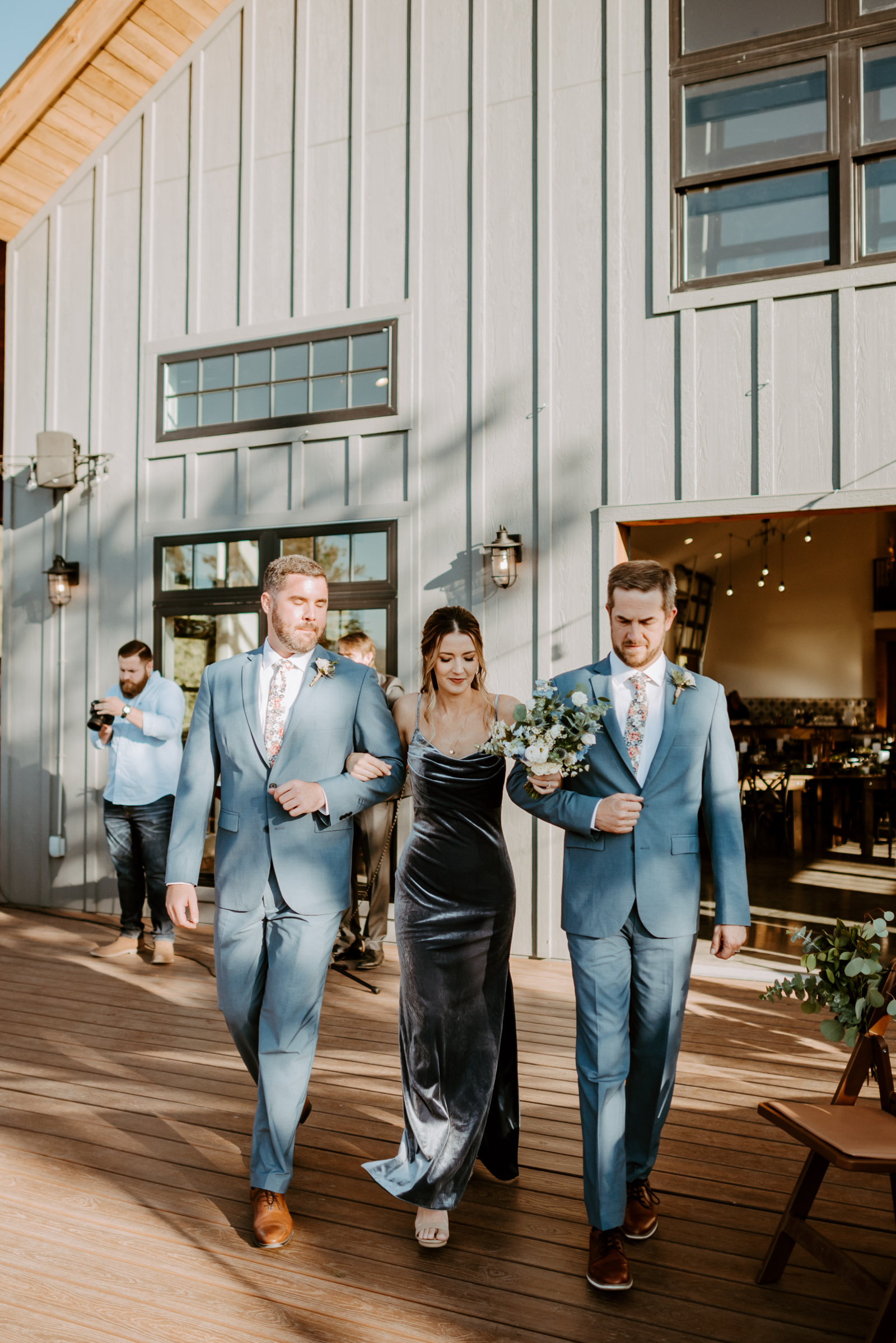 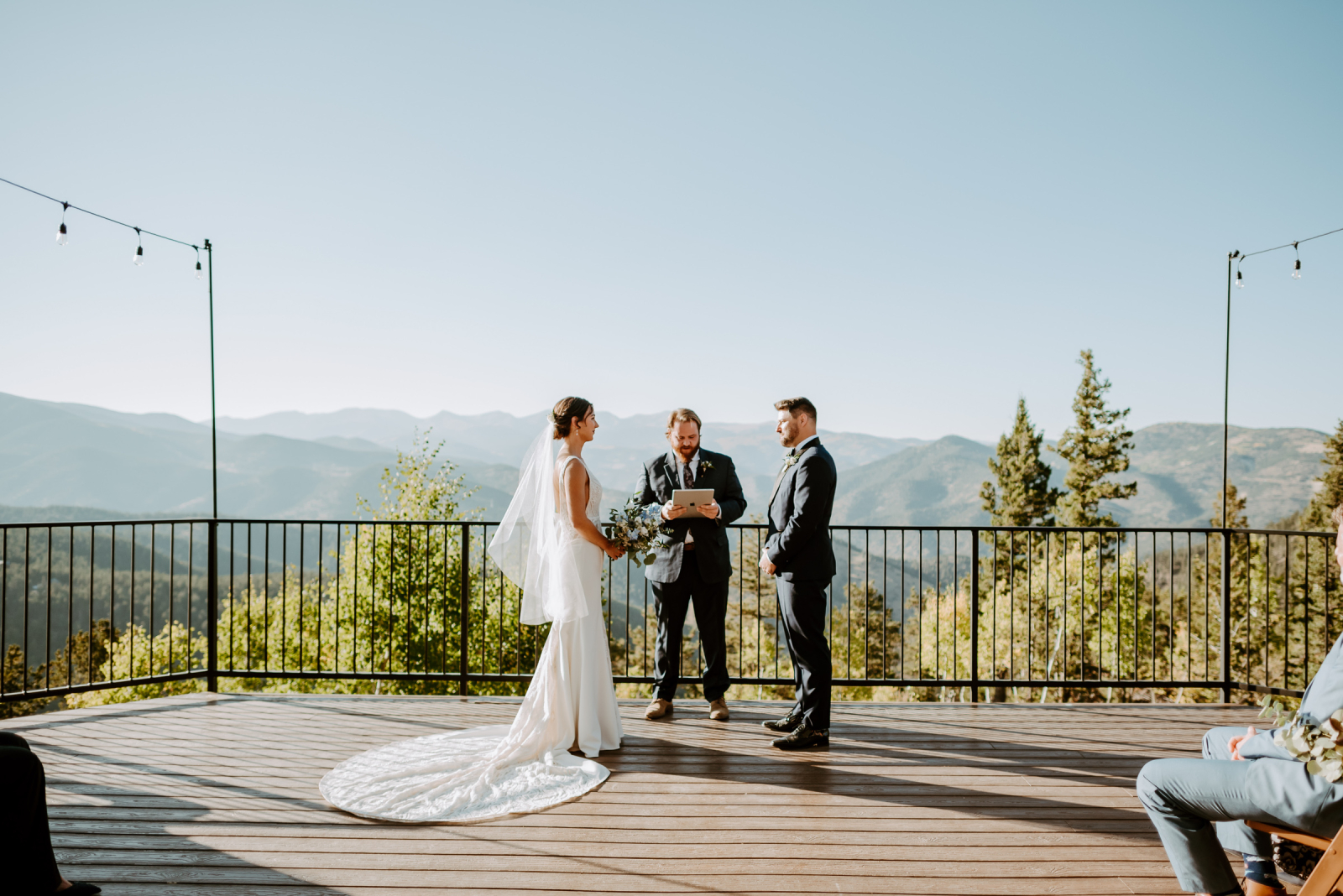 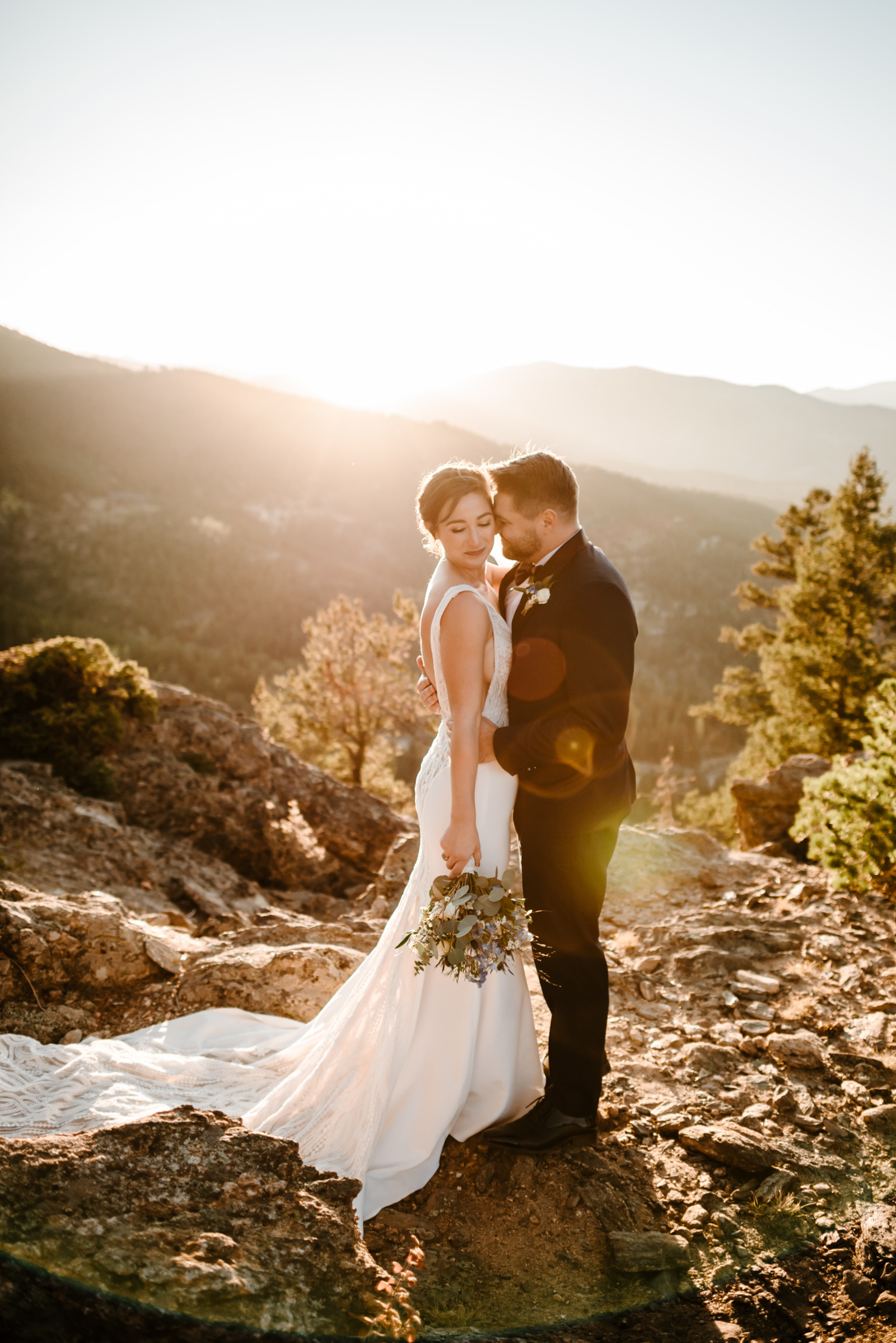 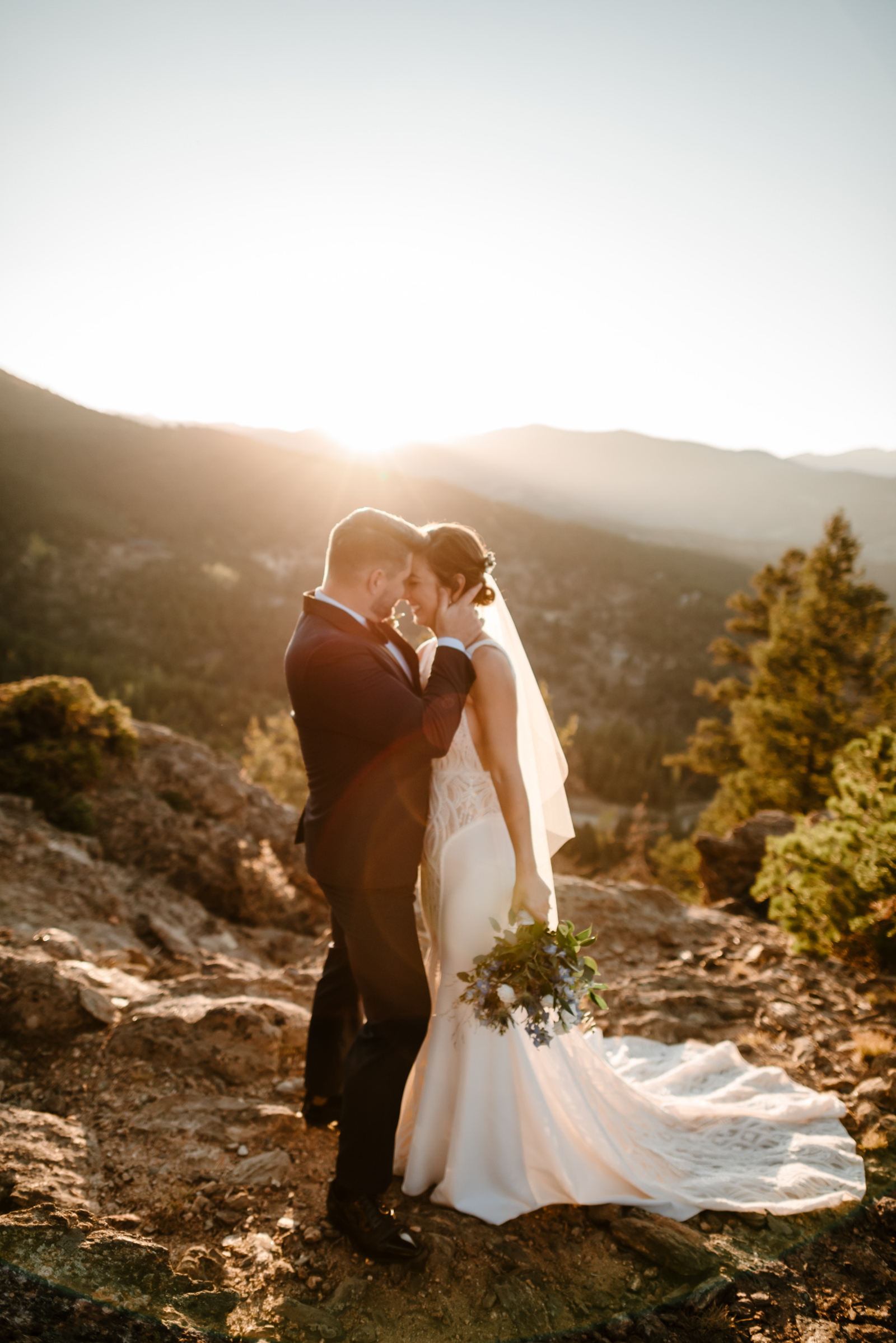 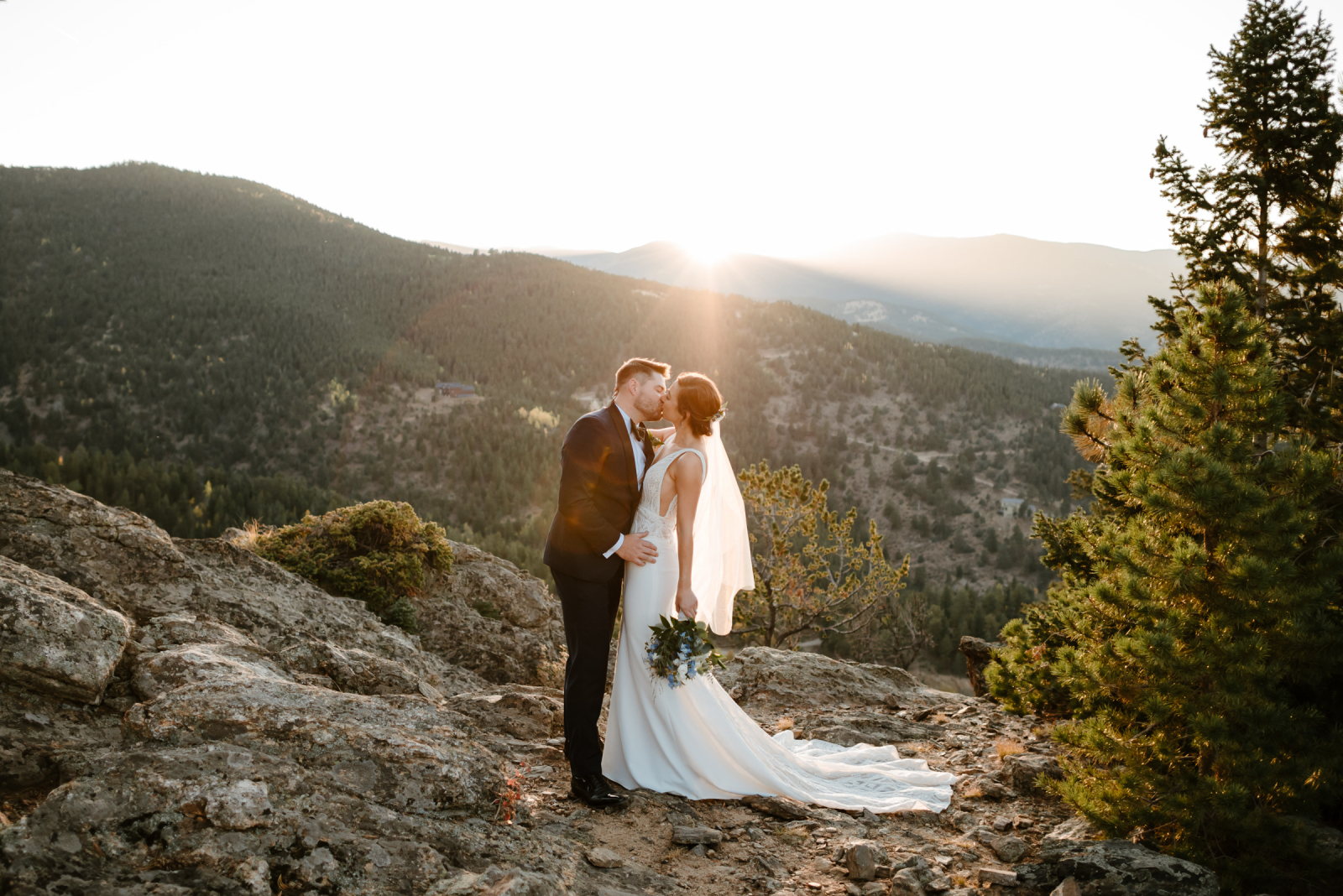 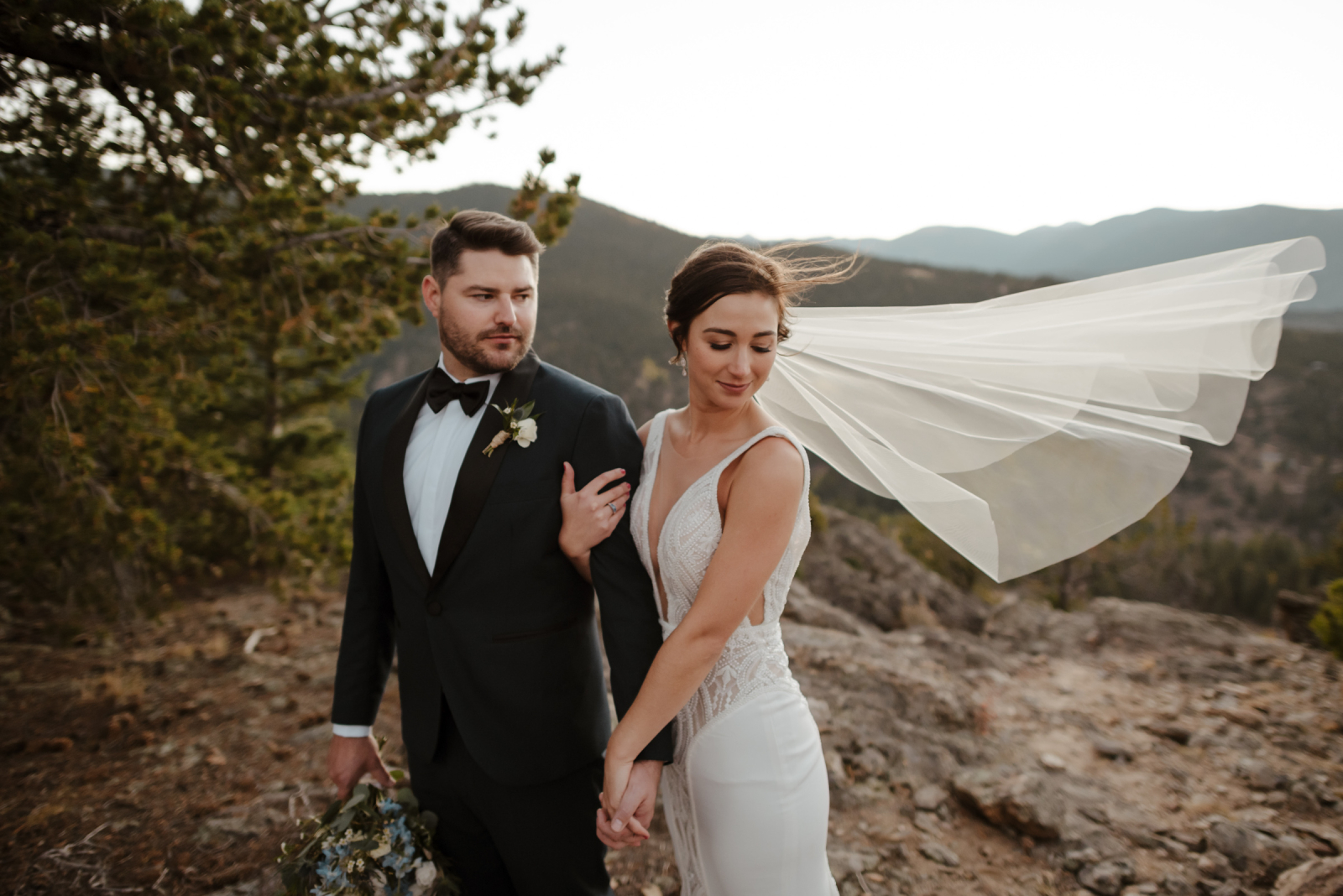 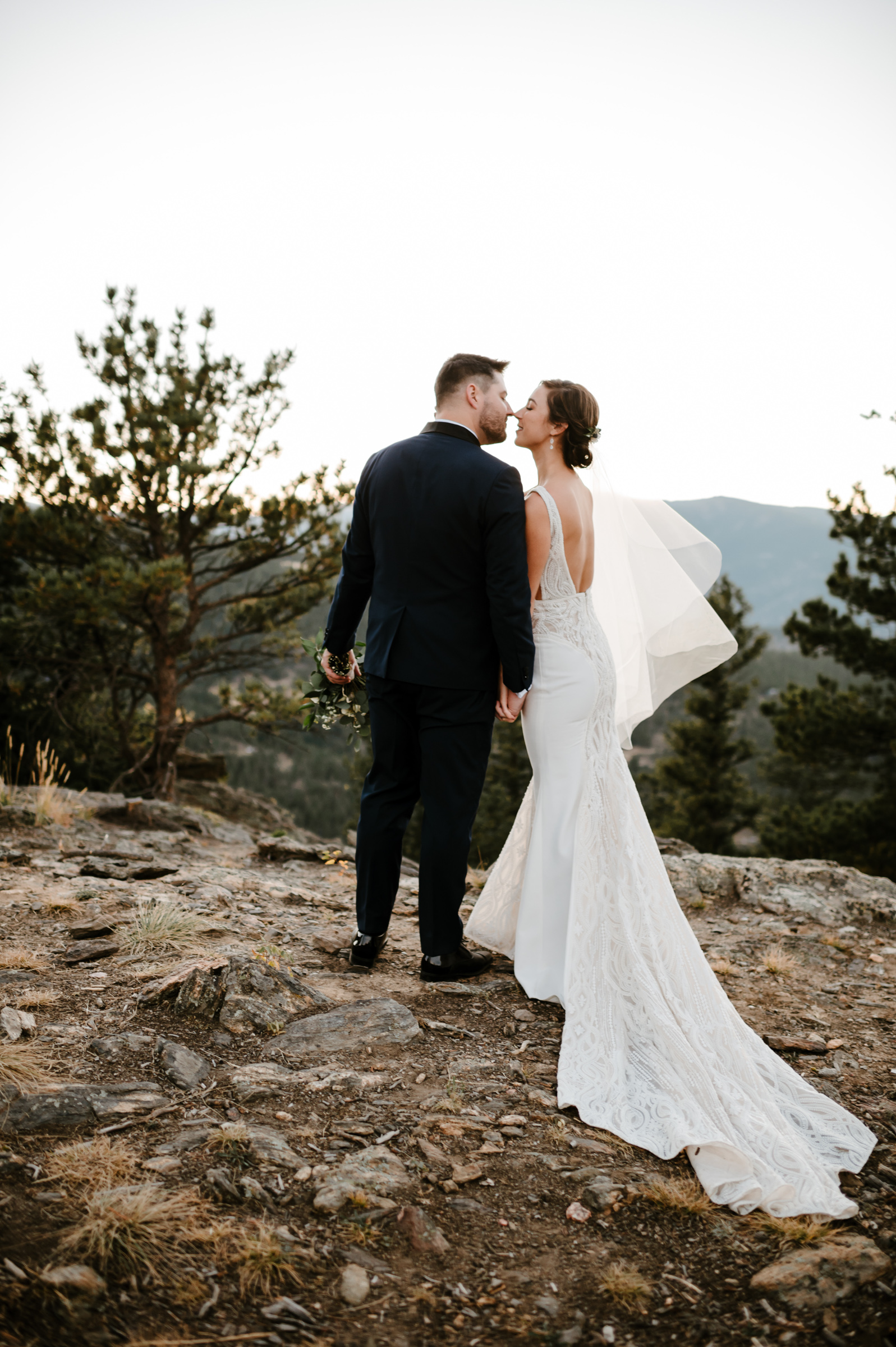 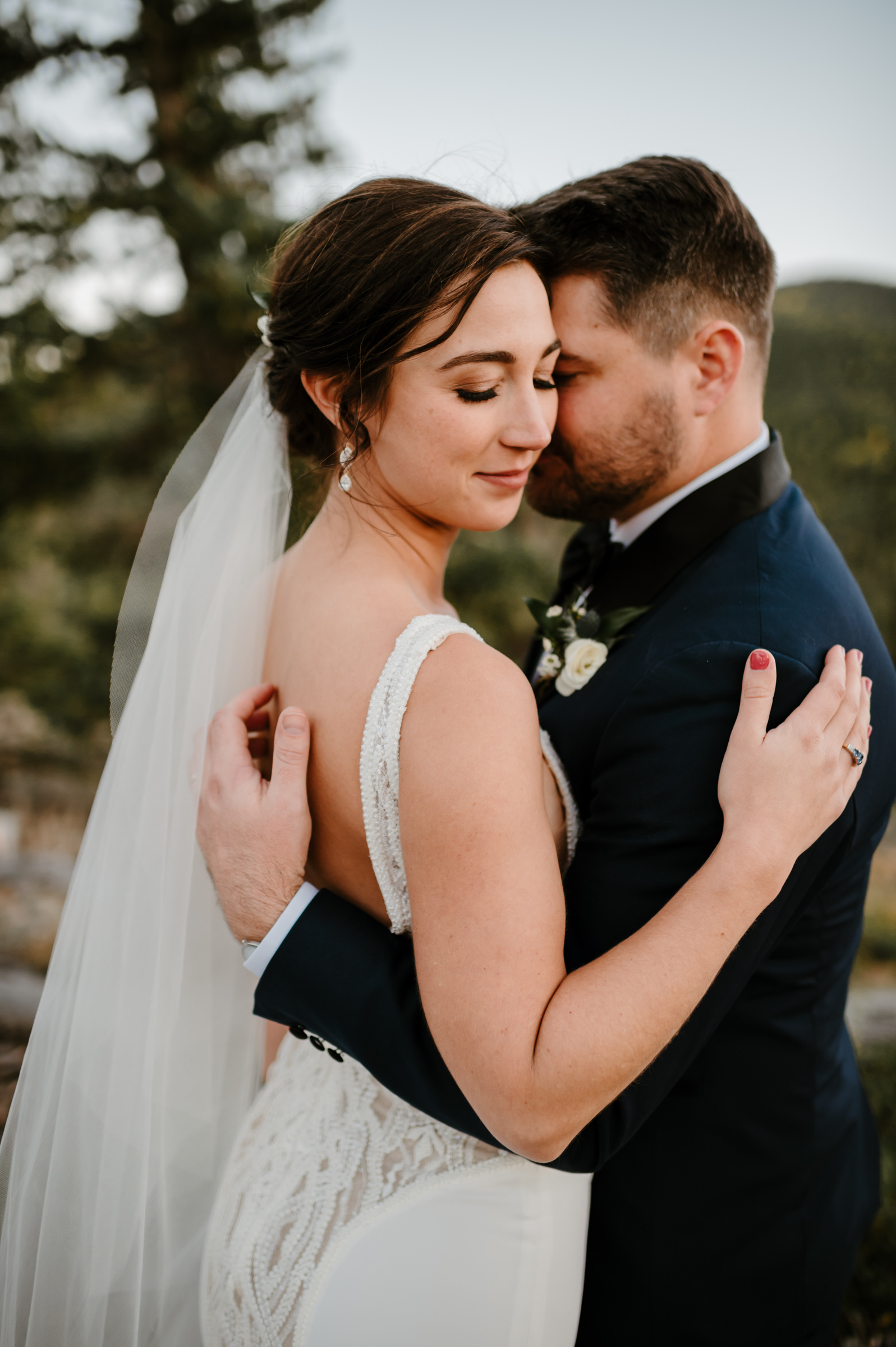 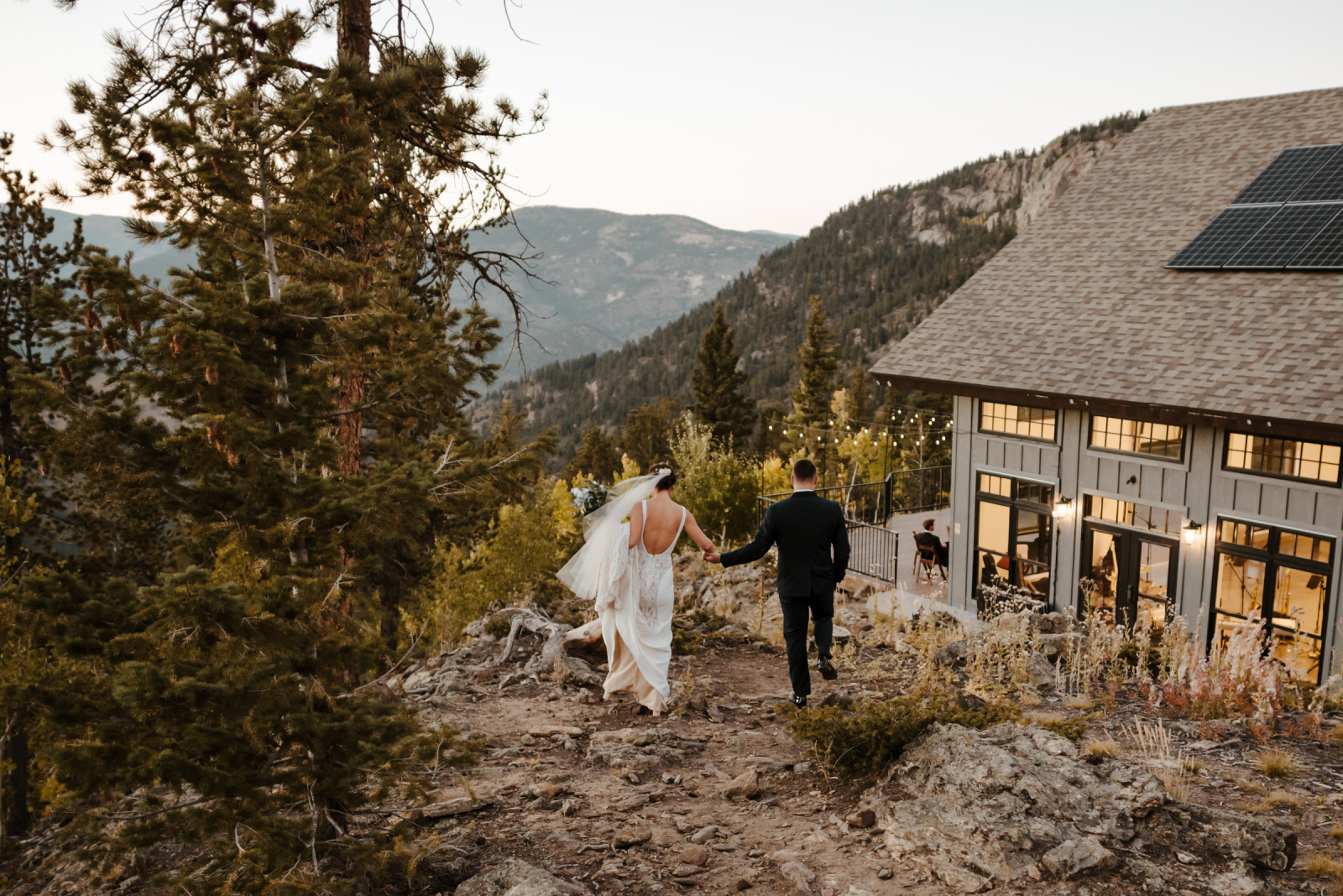 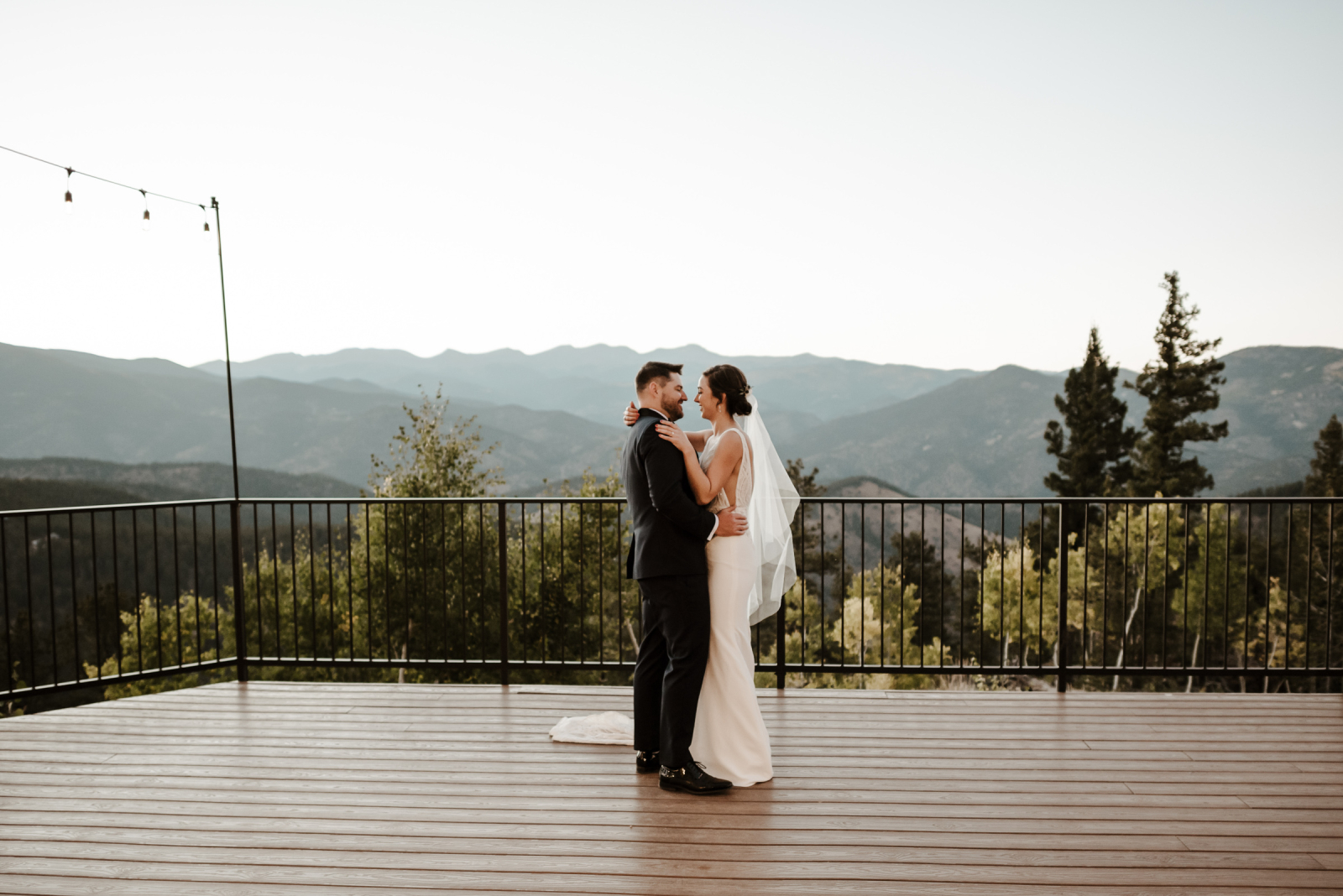 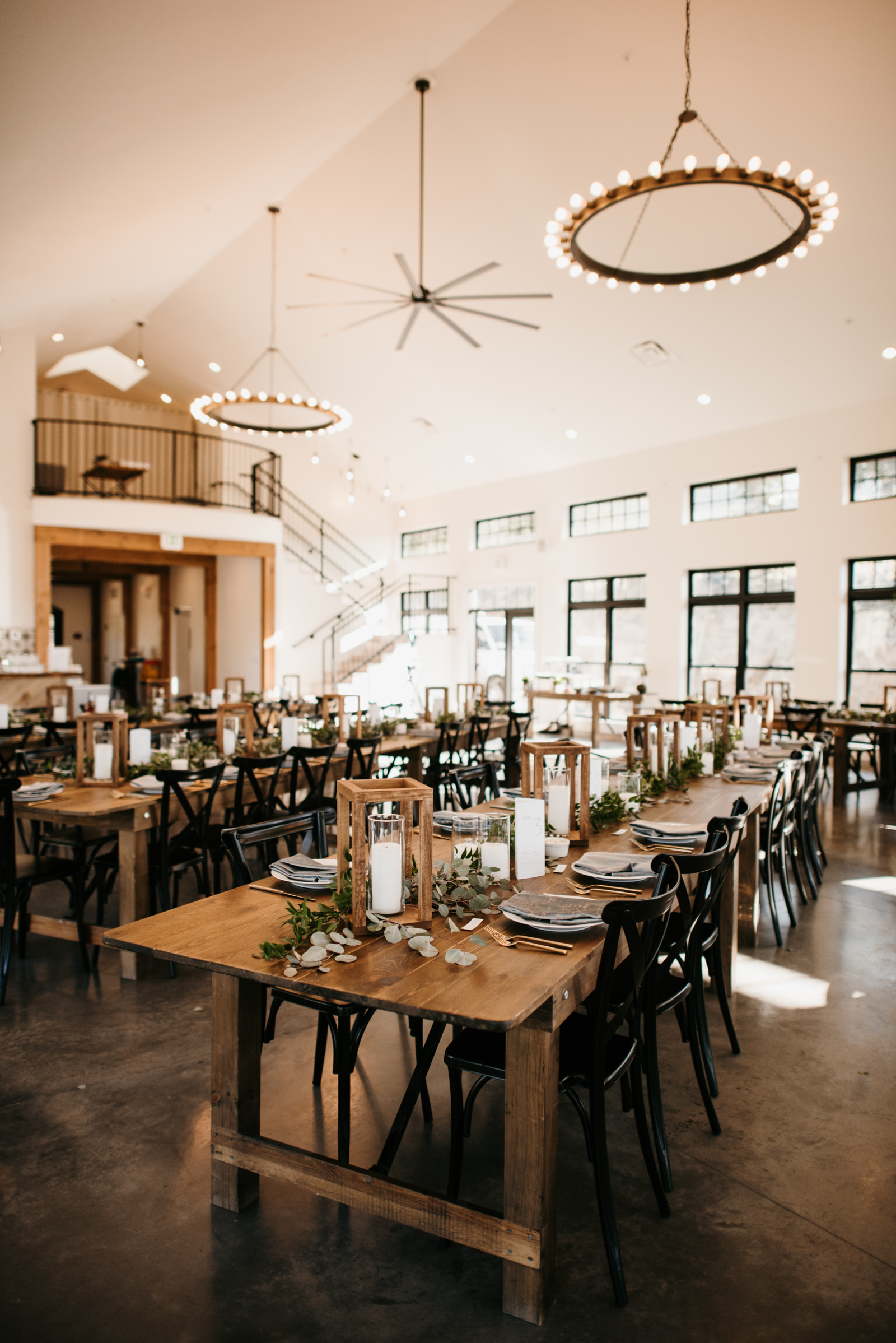 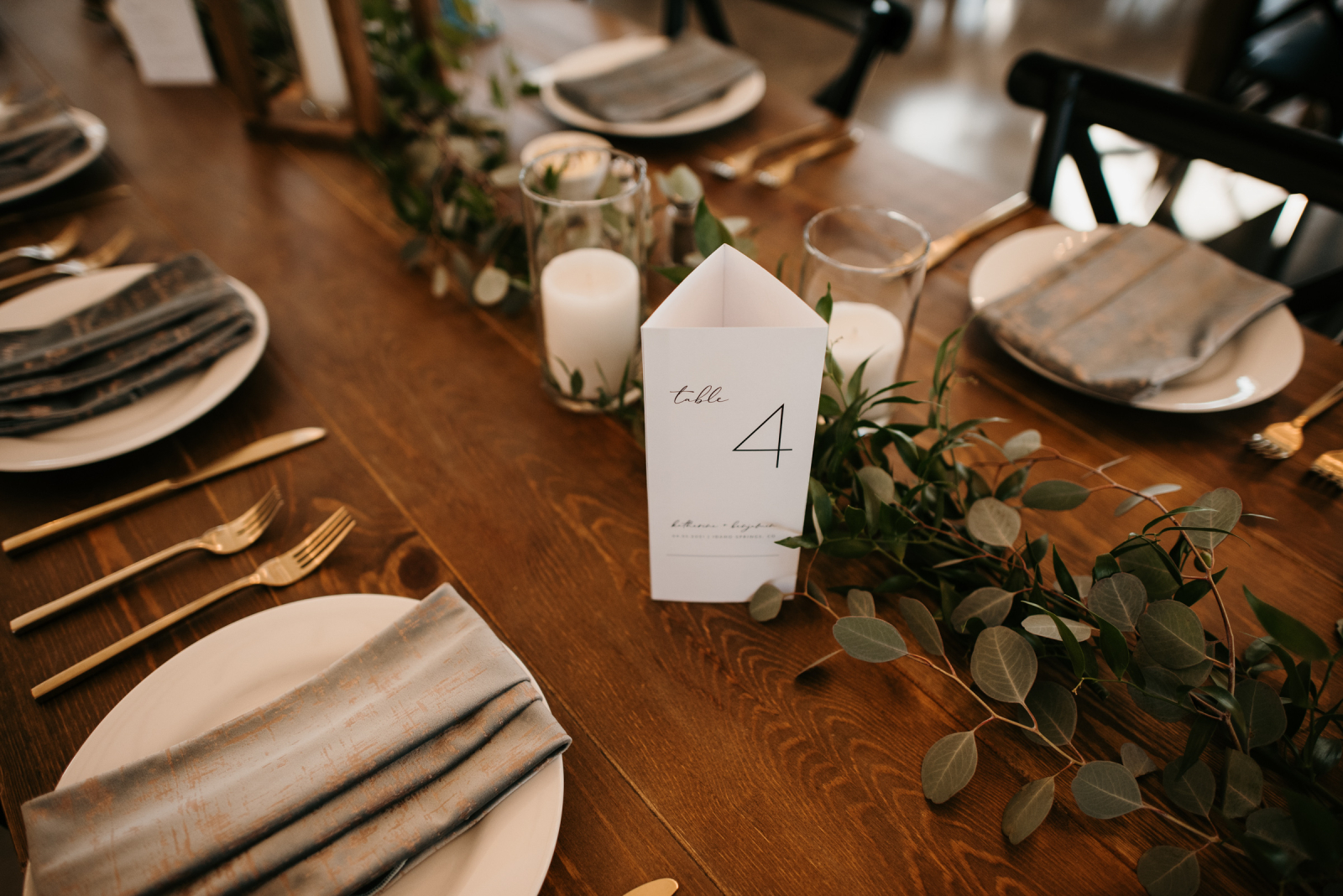 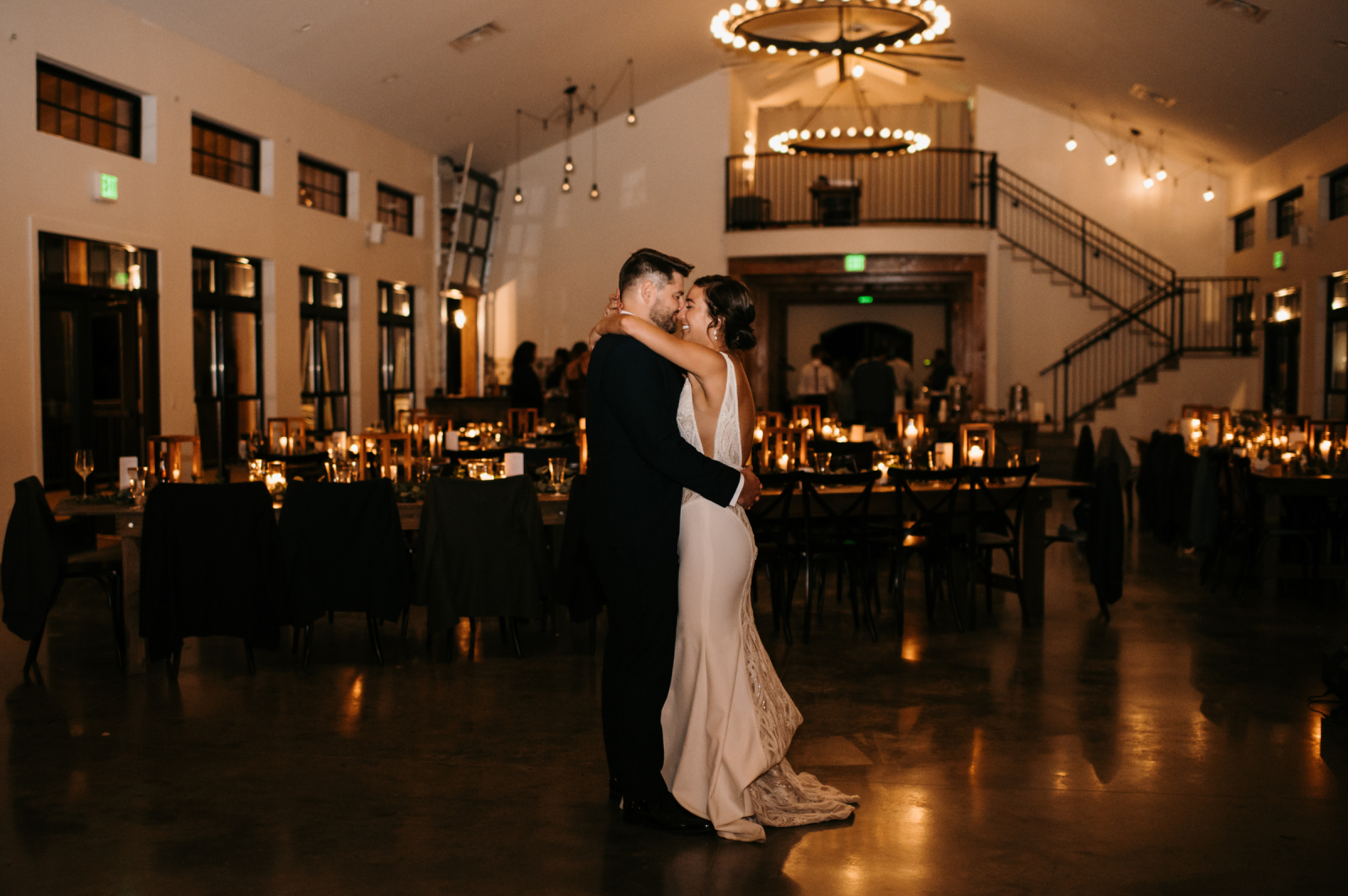 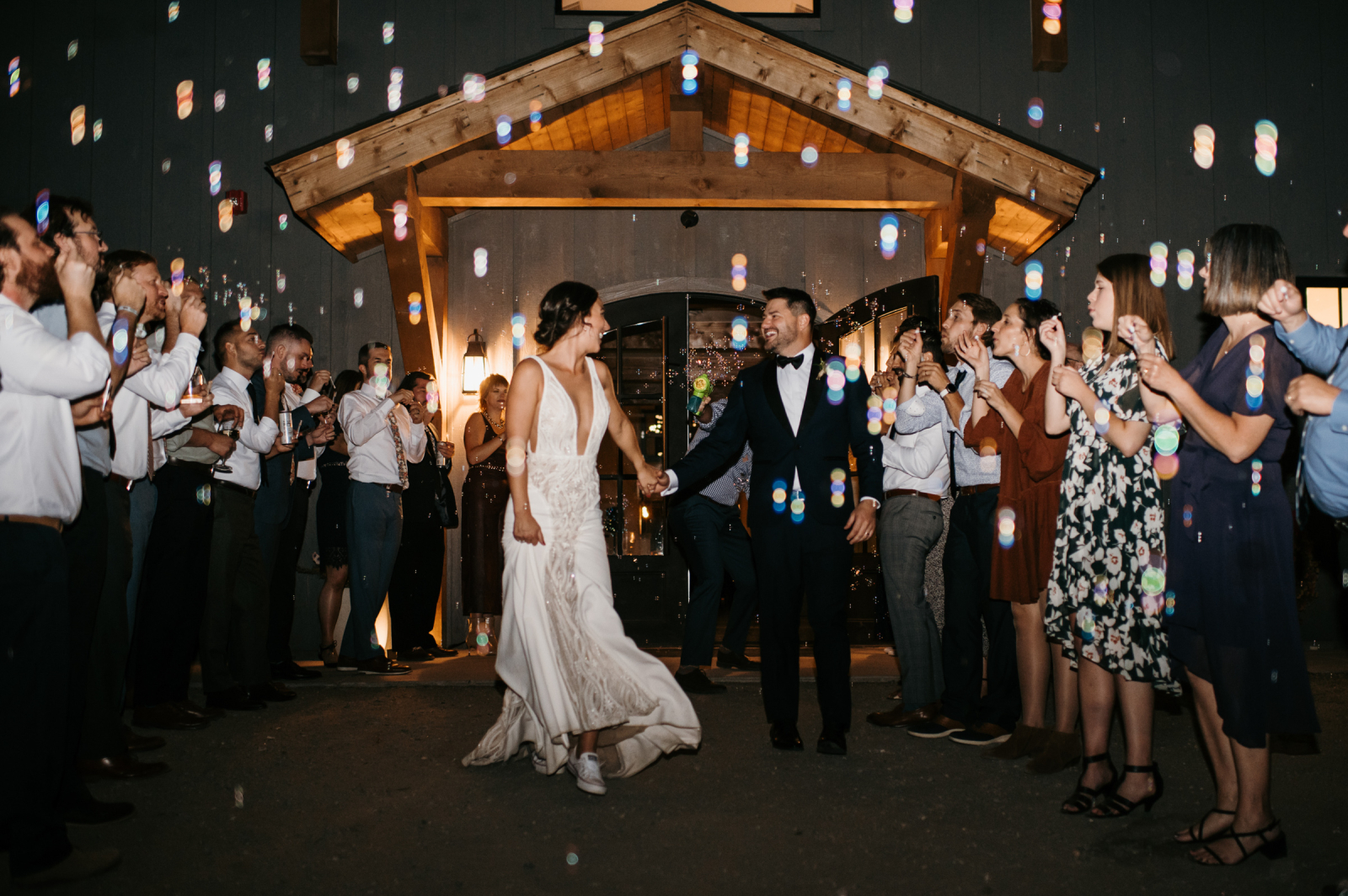 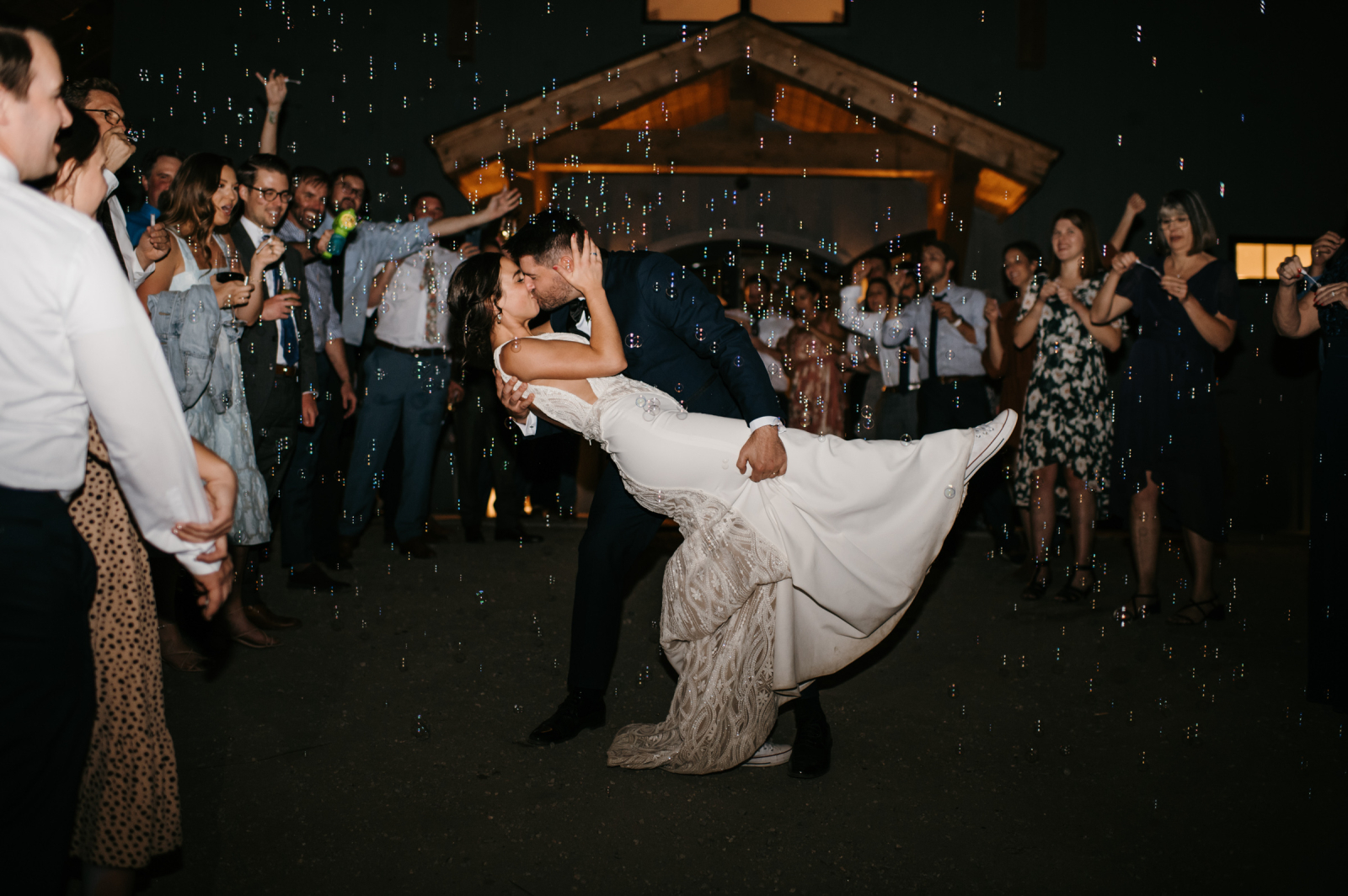