Jared and I met in September of 2003. I was in my last year of college at CU-Boulder; Jared was in the midst of taking one of his companies public, and serving on the Colorado State Board of Education. Surprisingly, at the time, options were few and far between for members of the LGBTQ community to gather in-person. Though the Internet was still a relatively new phenomenon (at least for me!), I was encouraged by friends at CU to try meeting people by joining online chatrooms. And that is how Jared and I first connected, through an instant messenger. I'm a bit old-fashioned and didn't love the idea of getting to know one another online, so I asked if we might meet the next day, and he said yes! Our first date took place the very next day. We met at the Boulder Bookstore, and afterwards, had lunch at a restaurant called Nabil's, which Jared had recently opened on Pearl Street.

I think it's important to understand the generational context of marriage equality. Both Jared and I grew-up in the 1980s. For those old-enough to remember, the 1980s was an especially fraught time for the LGBTQ community. HIV and AIDS dominated headlines and became an almost inescapable narrative associated with the LGBT community. And there were very few examples in the mainstream media of LGBTQ people leading ordinary lives. Everything was sensationalized and made to reinforce the same stereotypical thinking that had been used for years to deny our community the most basic civil rights. For LGBTQ people, the possible repercussions of coming out were chilling. Will my parents still love me? Will my friends treat me differently? Will I still be able to get the job I want? So, as you would imagine, marriage is the furthest thing from one's mind when the all-consuming question is, 'how am I going to survive in a world that views me as a deviant?'.

By the time Jared got elected to Congress in 2008, we'd already been dating for five years, and it would be a further 7 years before the Supreme Court finally legalized same-sex marriage in its historic Obergfell v. Hodges ruling. Even then--when the right to marry who you love was finally enshrined in law--Jared and I waited a further 6 years. Why? I can only say that when you are young and impressionable, the messages you hear at home and in popular culture matter. Marriage equality was finally the law of the land, but we had to envision it for ourselves, and that took time. Fortunately, Jared and I were blessed with parents and siblings who loved and supported us. But when you factor in the often unforgiving reality of life in politics--irrational as it may seem--we worried that getting married in a very public way would be perceived as a spectacle at best, and a stunt at worst. We talked about getting married many times, but it took a while to 'get over' the messages we'd heard over and over and internalized as kids, when LGBTQ people were still very much second-class citizens.

What finally convinced us to let go of all those misgivings was the realization that time is precious. It was December of 2020--a year into the COVID-19 pandemic--when, after so many months of meticulously guarding against infection, Jared and I fell ill with the virus. That was a wakeup call. Thankfully, Jared's case was mild, and for a while, it looked as though I might pull through without significant complications, too. But a week into the infection, my health suddenly took a turn for the worse, and I had to be hospitalized. In those last scary moments before I left for the hospital, Jared proposed, and for that brief moment, I forgot I was sick. Jared had been planning on proposing for several weeks, and he was waiting for the right time, which turned out being a moment of recognition that the only guarantee we have in life is in the here and now. The pandemic put things in perspective. It reminded us of what matters most. I think my recovery had as much to do with getting engaged as it did the extraordinary care I received from the doctors and nurses who brought me back from the brink.

Tell us a little bit about your wedding (your vision, color, style, and location choices).

We were extremely fortunate to work with Heather Dwight and her team at Calluna Events. And, in fact, working together on our wedding was actually our second collaboration with Heather. In January of 2009, Heather worked on one of Jared's Inaugural galas. Putting together a wedding in the midst of a pandemic is no easy feat, and to be perfectly honest, we weren't sure any of our guests would feel comfortable making the trip to Colorado. Jared and I are not particularly high-maintenance--and one of the advantages of waiting 18 years to get married is that we've both mellowed with age--so our vision was less a specific design, and more about creating a feeling of warmth and celebration for our family and friends. We wanted the day to be fun--a reflection of what brings us joy in our daily lives--our sense of humor, the songs that bring up happy memories, our love of animals, our Jewish heritage, and all in a place of great personal significance. A few details we especially loved were having our beloved pup, Gia, serving as an official witness--her pawprint is on our official marriage certificate!--and the music we processed to, which was composed by our 10-year-old son. Our wedding reception was catered by an extraordinary vegan chef, Chloe Coscarelli. In addition to all the out-of-this-world food she prepared, I asked if she would make a vegan version of cinnamon rugelach--a traditional Jewish cookie that my great grandmother Dora often made for my grandmother and mother when she first immigrated from Poland to New York City in the 1920s. It had been years since I was last able to enjoy rugelach. But Heather and Chef Chloe made sure it was part of our dessert service, and that meant the world to me.

It was very important to Jared and I that our wedding honored our Jewish heritage, and with the help of Heather, her amazing team, and our extraordinary Rabbi, Tirzah Firestone, we were able to make that dream a reality. We were married under a beautiful chuppah--a wedding canopy--adorned by florals that Heather commissioned with our favorite flowers, all of which were sourced locally, with nods to our favorite colors (Yellow for Jared; Royal Blue for me). We worked with a local artist, Risa Aqua, to create the most beautiful Kettubah--our Jewish marriage contract. We included the Sheva Brachot--the seven traditional Jewish blessings spoken in Hebrew--and Heather arranged for Jared and I to each have a 'smashing glass', representing that even in our moment of greatest joy, the world is broken and in need of healing, and we are committed to being a part of that healing. Given that we were married on our 18th Anniversary--a sacred number in Judaism, representing 'Life'--and that it happened to fall on Yom Kippur--the most sacred day on the Jewish calendar, observed around the world by a day-long period of fasting--it was important to us that we provide a truly wonderful meal. We were lucky-enough to have our wedding meal prepared by Chef Chloe Coscarelli and a tremendously talented group of sous chefs.

What were your favorite parts of the day?

With endless gratitude to Heather and her team at Calluna, we will treasure every moment of our wedding day for the rest of our lives. Jared was especially taken with all the many culinary delights that we and our guests enjoyed. Watching our seven year old daughter in her role as the Flower Girl was a joy we will remember always. For my own part, I was amazed and delighted that Heather translated my love of animals into countless details, great and small, throughout the day. Each table at our reception featured a place card with a species native to Colorado (arranging for the head table where Jared and I sat to have my favorite Colorado animal, the Canada Lynx). As a family, we feel blessed to live in a place so rich with treasures of the natural world, and it is important to us to do our part to protect the planet for future generations, so Heather ensured that our wedding was a Zero Waste affair. In honor of my dearly departed mother, Heather arranged for two pink roses to be placed in the seat next to my father during the ceremony. And we were married in a venue that has deep personal significance to our family. Jared and I have shared so many amazing experiences in our 18 years, but none so amazing as the day we were married. 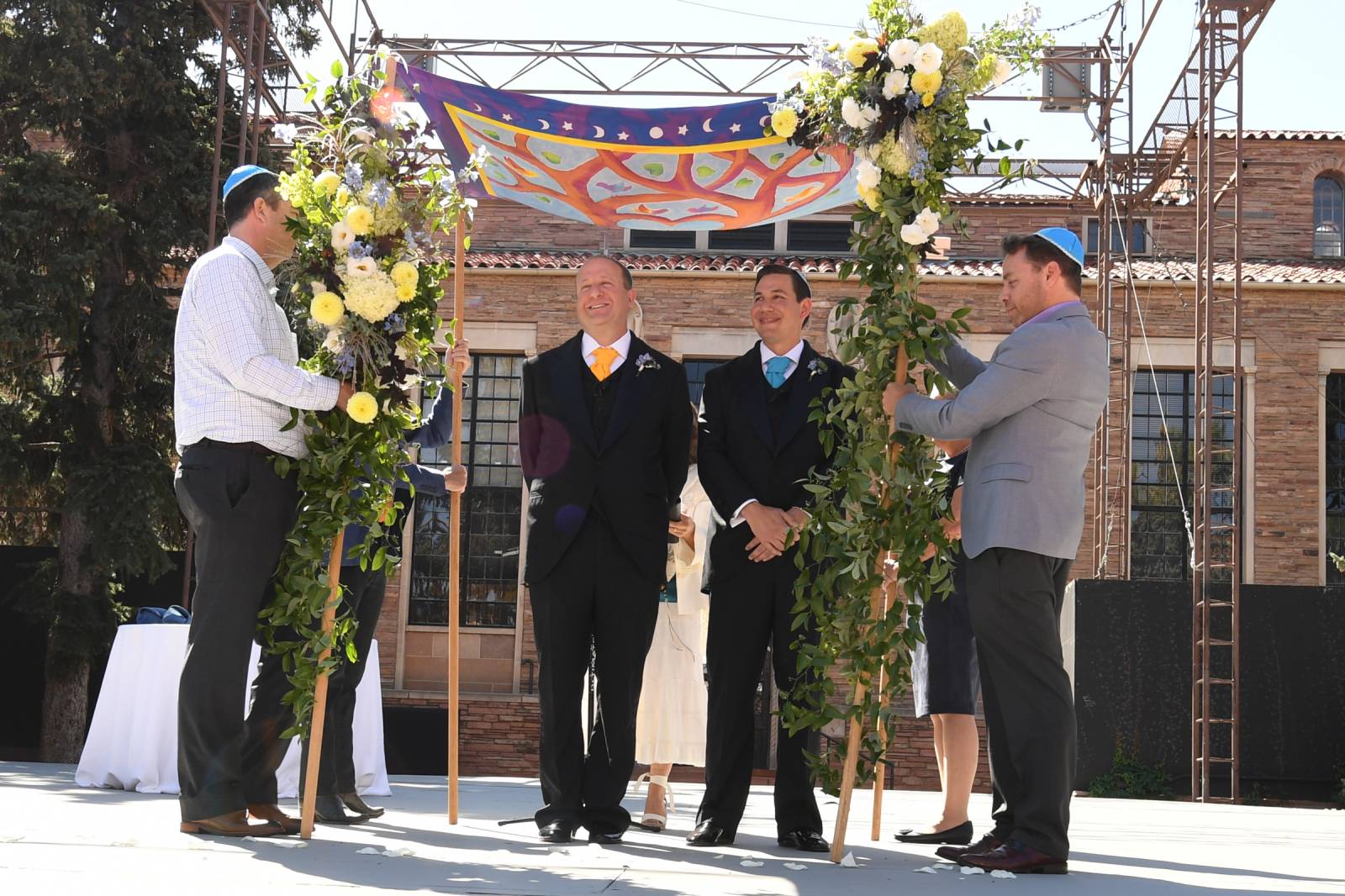 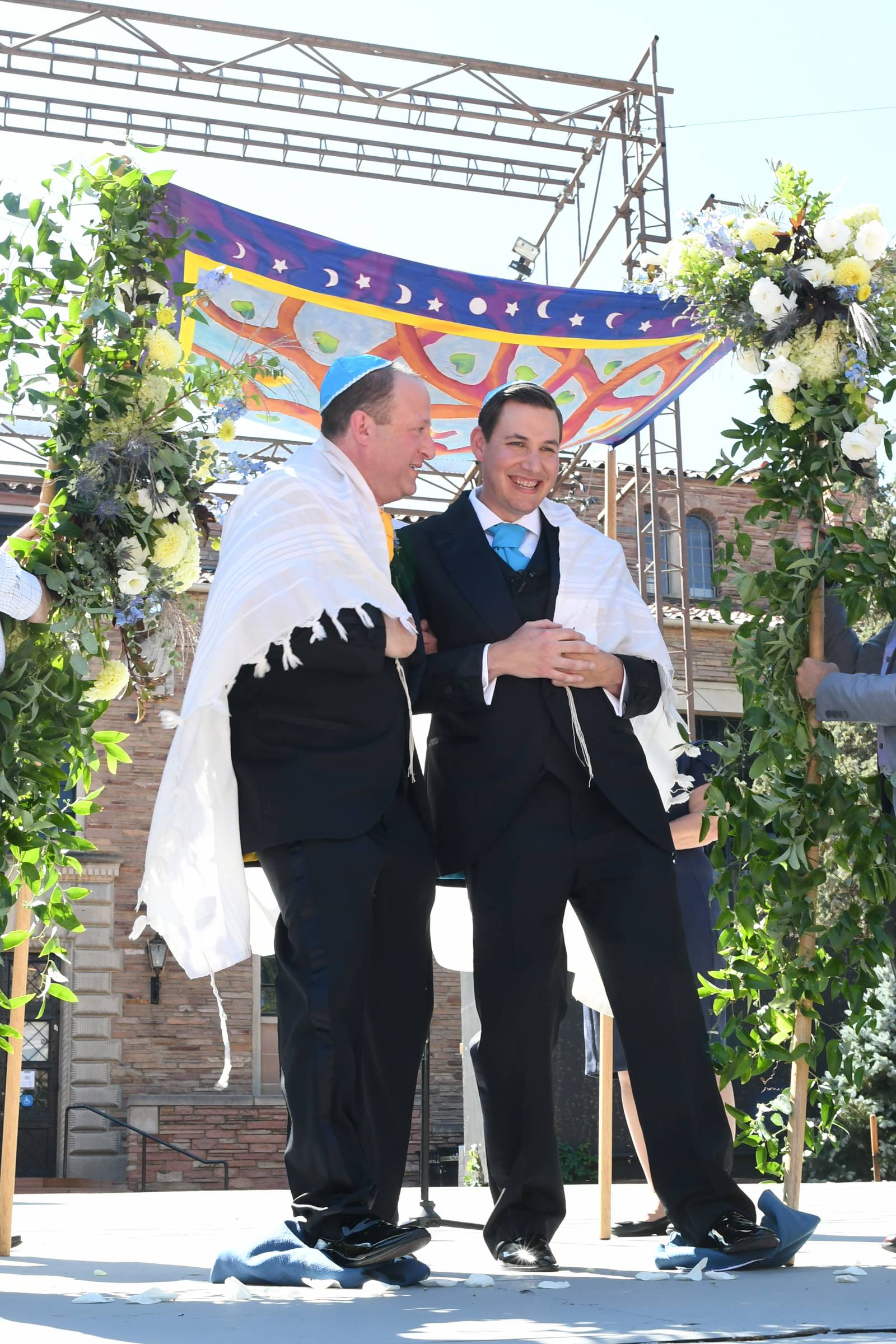 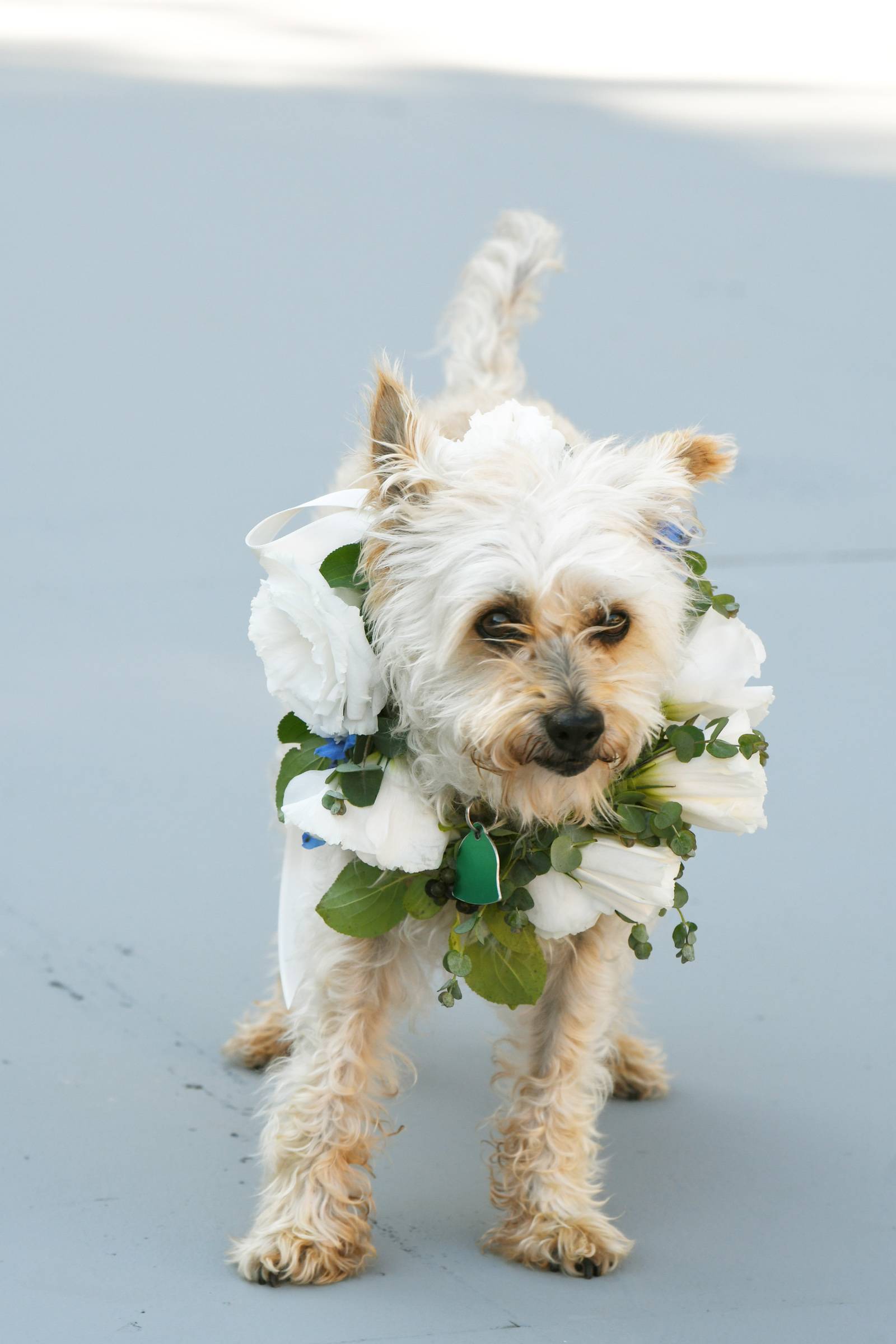 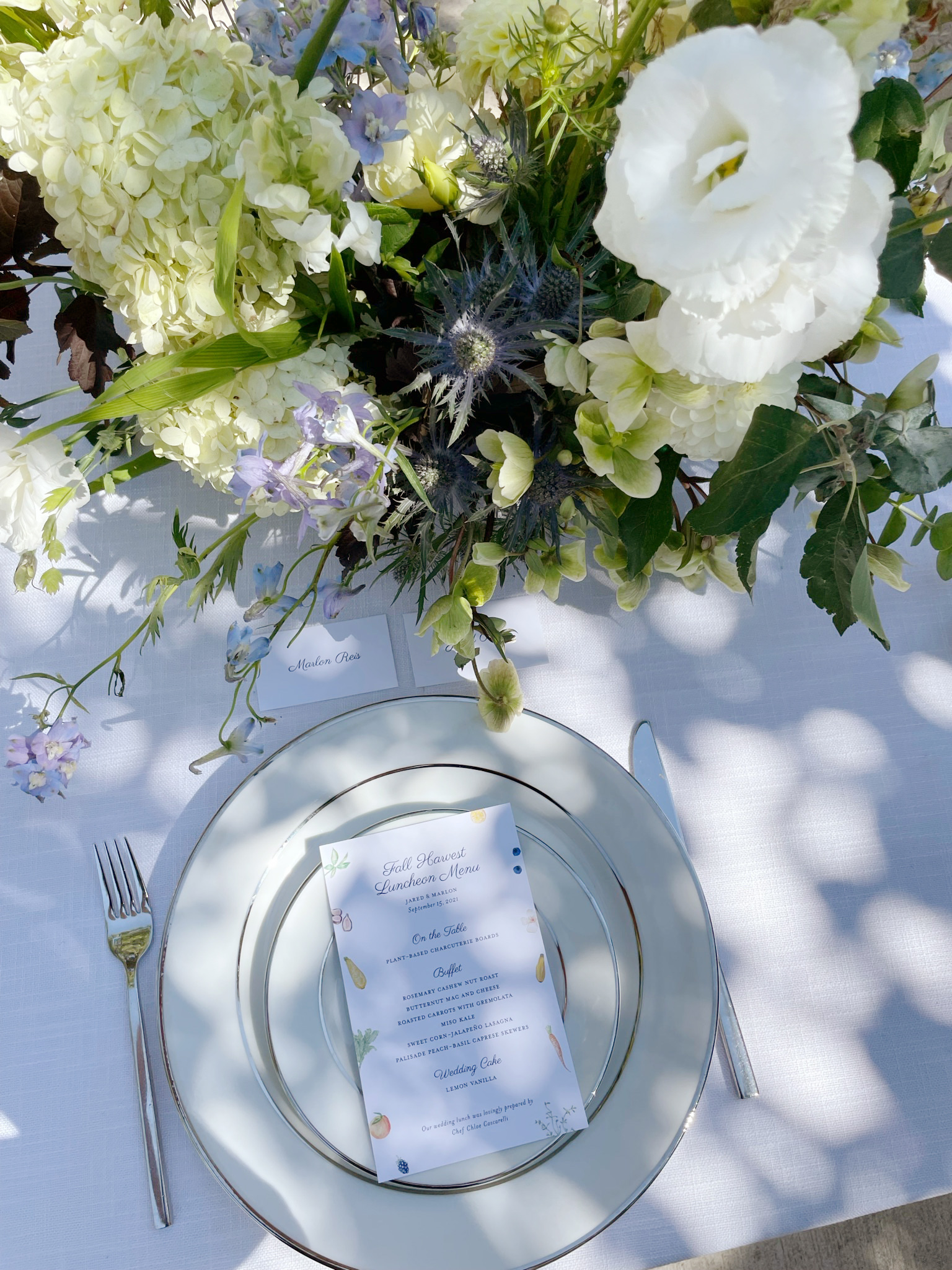 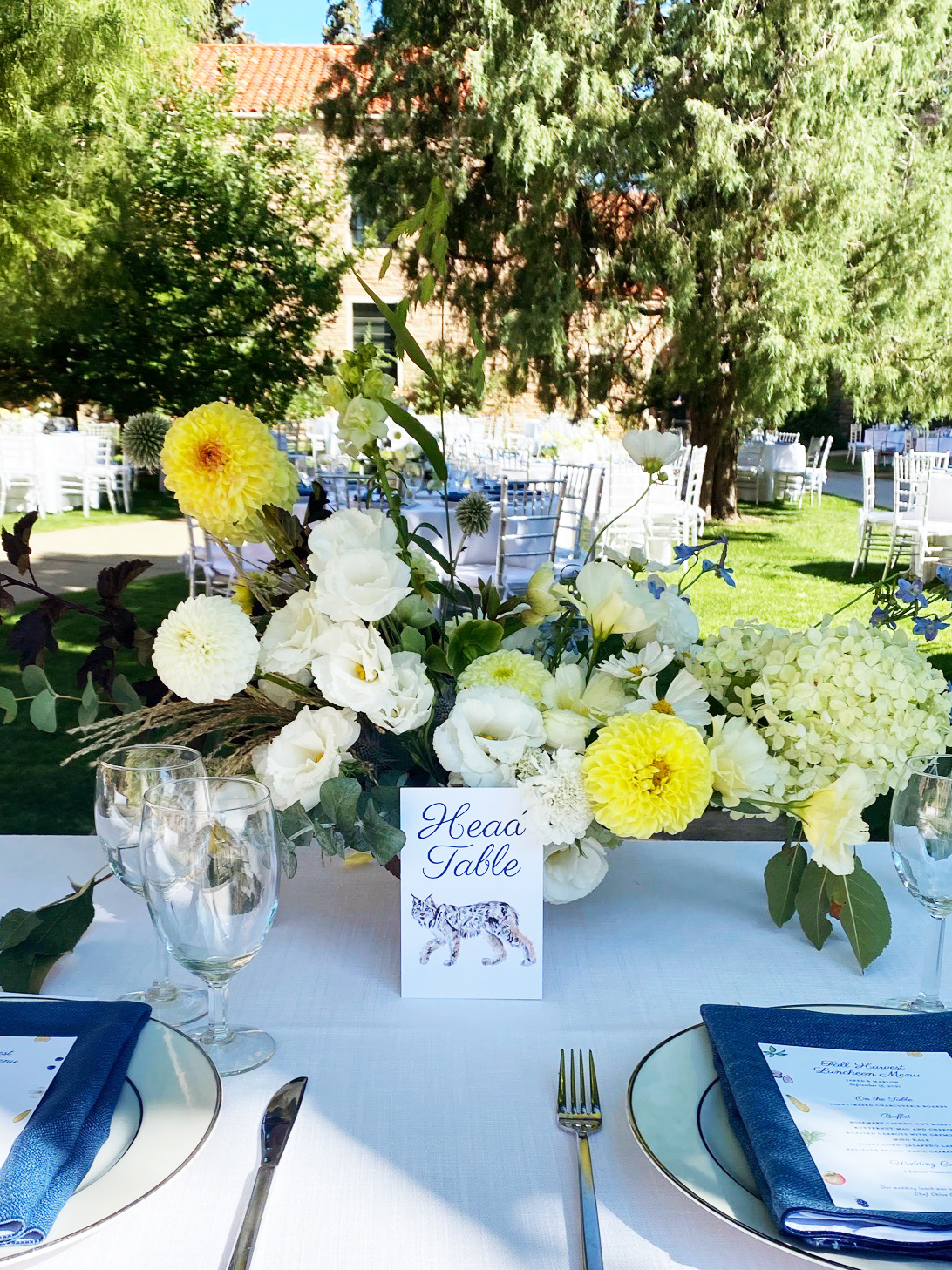 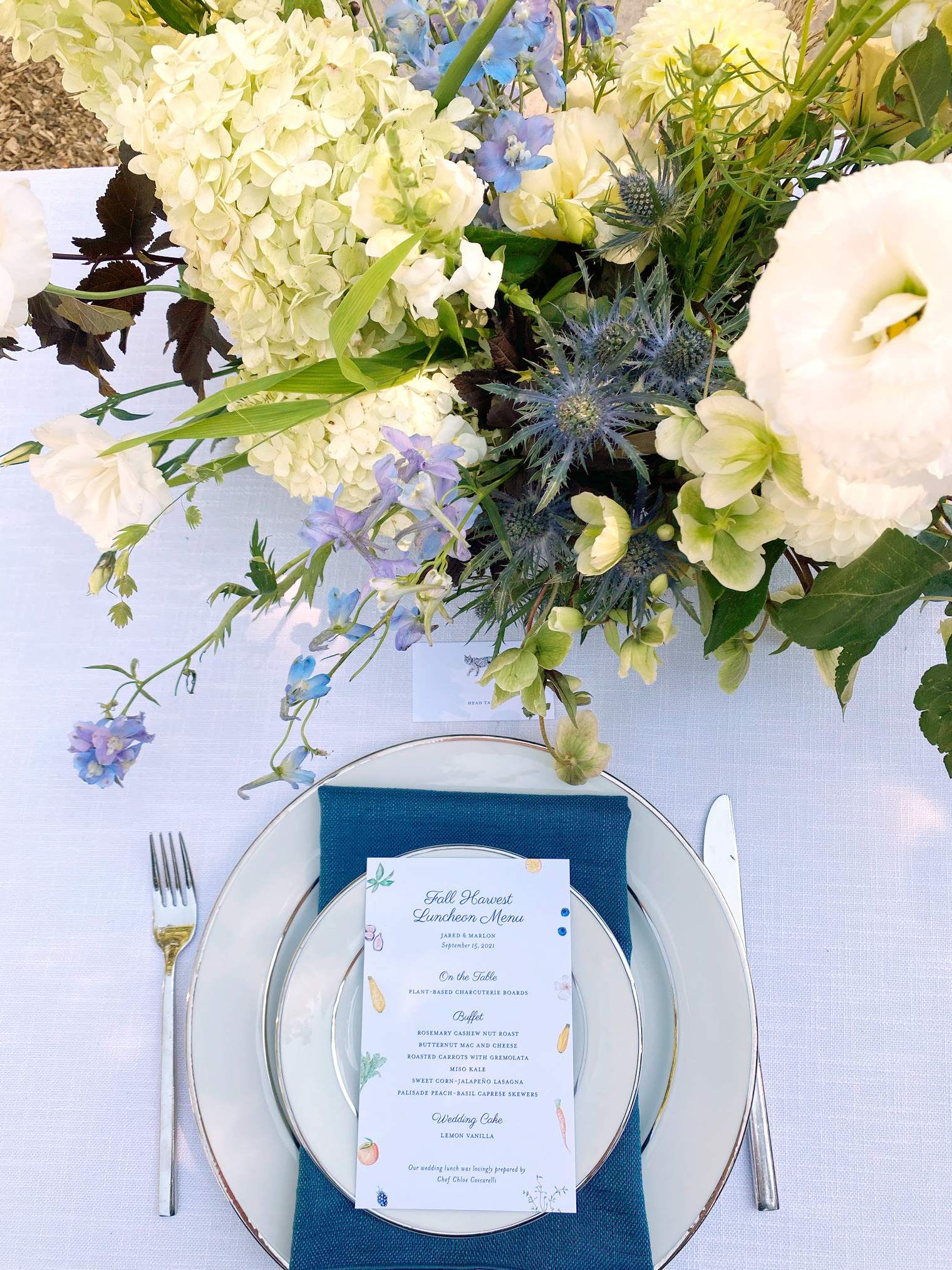 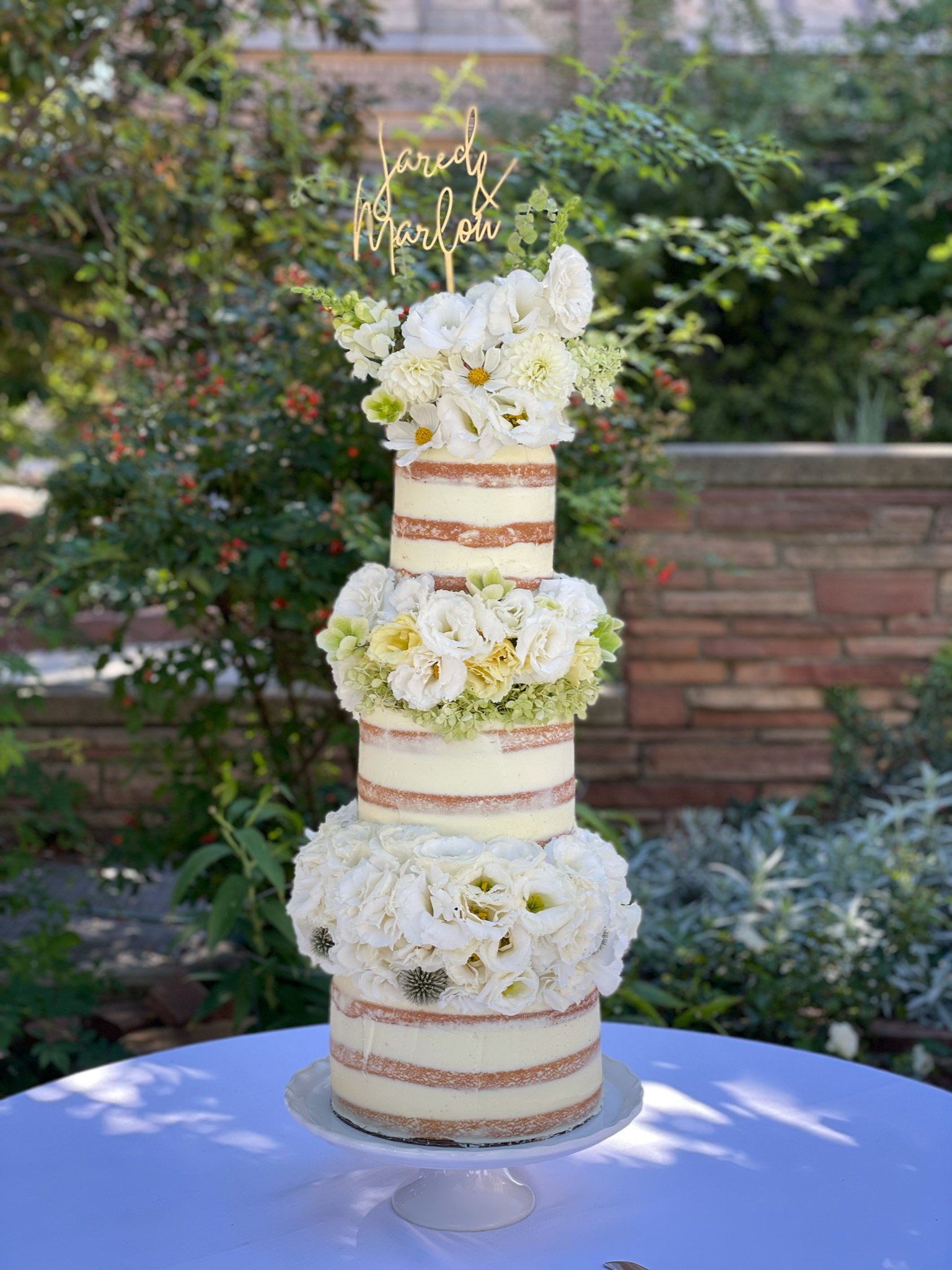 I was one of the lucky few who attended this magnificent event and I deeply adore both Jared and Marlon. Everything was absolutely perfect and, without doubt, this was the most beautiful wedding I've ever attended. It was an honor to see and meet so many of their family members and friends who flew in from around the country. Chef Chloe Coscarelli is one of the country's top vegan chefs. Her name may be familiar as she won Cupcake Wars a number of years ago. Every guest went home with one of her autographed cookbooks and memories of an incredible meal. Jared and Marlon are true pioneers and trendsetters, overcoming and beating the odds of all that makes them (supposedly) different from the "norm." The wedding was a culmination of all that is right with the world. For me, this was a once in a lifetime experience and I'll never forget that day.